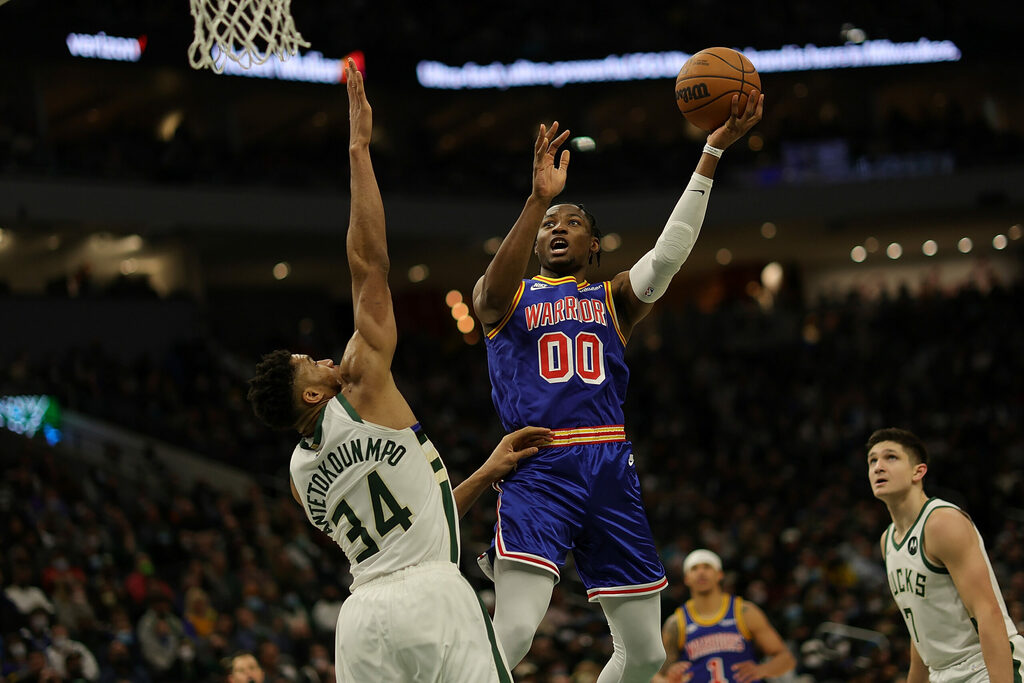 The Golden State Warriors opened a road back-to-back with an ice-cold performance against the Milwaukee Bucks.

A triple-double from Giannis Antetokounmpo helped fuel a blowout victory for the Bucks over the Warriors that felt a lot bigger than the final scoreboard showed.

While much didn’t go right for the Warriors on Thursday night in Milwaukee, Jonathan Kuminga turned in his second-highest scoring performance of his rookie campaign.

In a bright spot for the Warriors, the No. 7 overall pick from the 2021 NBA draft tallied 15 points on 5-of-16 shooting from the field in 19 minutes off the bench. The 19-year-old added seven boards and a steal in Golden State’s 118-99 loss to Milwaukee. Kuminga finished the contest with a +6.
The rookie forward has now notched double-figures in scoring in four different games this season.

In the second leg of a road back-to-back against the Eastern Conference-leading Chicago Bulls on Friday, the Warriors will need to lean on a potential repeat performance from Kuminga.

Here is a look at some of the highlights from Thursday night.

Kuminga flies in for the slam 😤 pic.twitter.com/rcSrR7hooS

Kuminga daps up Giannis after the game 🤝 pic.twitter.com/nGszYYCk2j 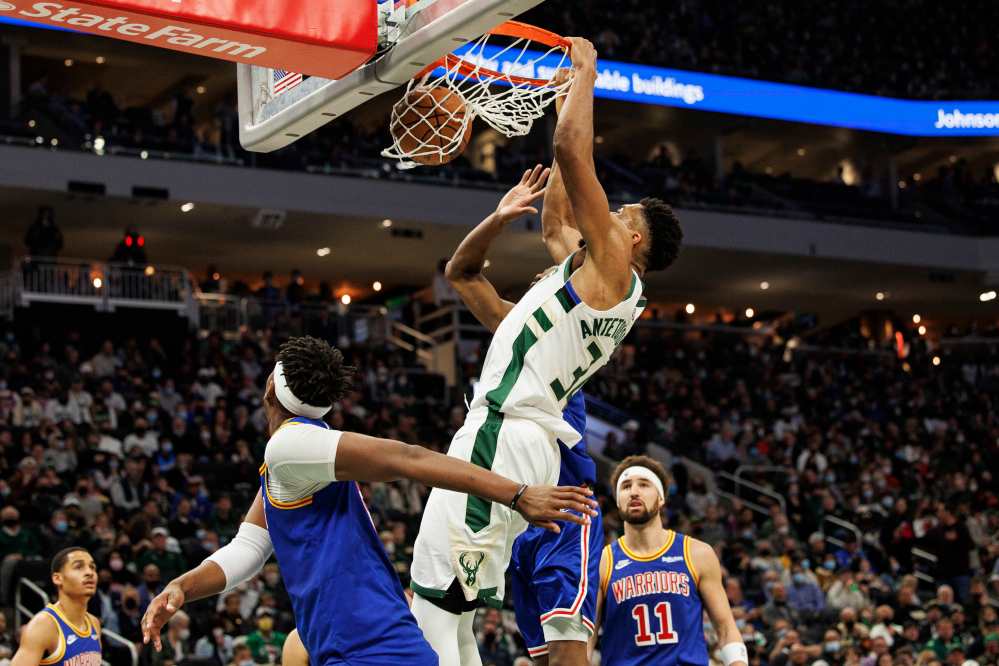