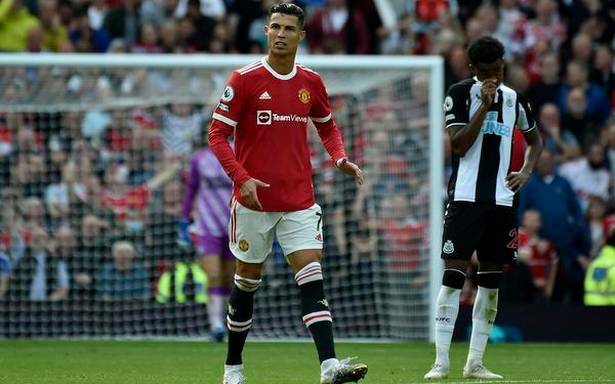 Cristiano Ronaldo scored twice on his return to Manchester United after 12 years in a 4-1 victory over Newcastle in the English Premier League on Saturday.

There was a tap-in from Ronaldo in the first half and a low strike after the break to restore the lead after Javier Manquillo equalised.

The 36-year-old Portugal forward secured an unexpected return to United when he was sold by Juventus last month.

Tottenham became the final team to lose its perfect record, falling 3-0 at Crystal Palace after new signing Odsonne Edouard scored twice to add to a penalty by Wilfried Zaha on Saturday.

Spurs won their opening three games of the season under new manager Nuno Espirito Santo — all by a 1-0 score — but were without a slew of first-choice players at Selhurst Park and were outplayed.

Arsenal eased the pressure on under-fire manager Mikel Arteta and earned the team its first win of the season after Pierre-Emerick Aubameyang sank Norwich 1-0.

The Gunners captain’s 66th-minute winner released the tension that had been bubbling up inside the Emirates Stadium and lifted his team off the foot of the table.

Arteta, who had reportedly been given four games to save his job after Arsenal's worst start to a league campaign for 67 years, said the international break was among the most instructive periods of his career.

Erling Haaland scored twice as Borussia Dortmund came from behind three times to beat Bayer Leverkusen 4-3 in a thrilling Bundesliga game on Saturday.