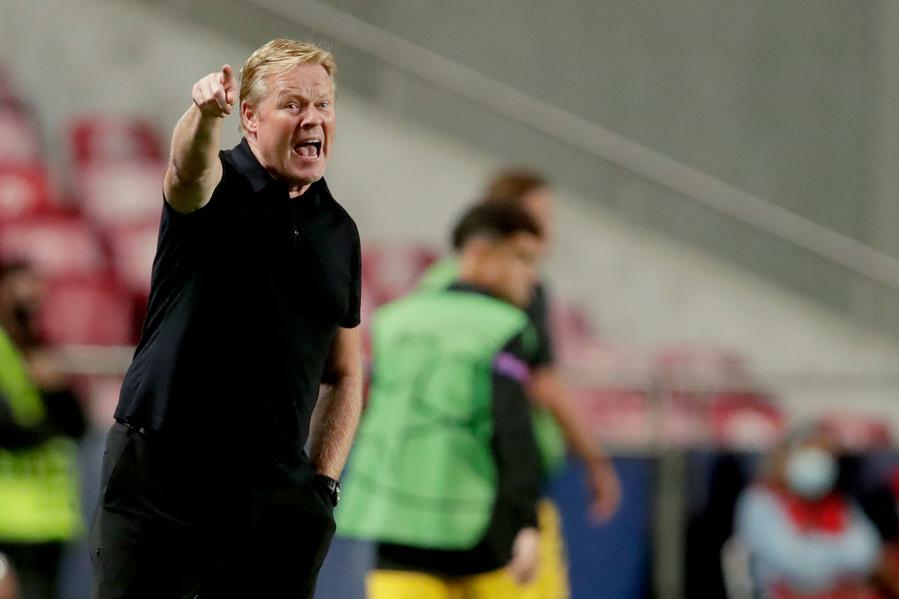 Ronald Koeman has been given a second life.

With Barca winless in the Champions League and languishing in midtable in La Liga, the Dutchman looked set to lose his job over the international break with any one of Xavi Hernandez, Andrea Pirlo, or Roberto Martinez replacing him.

The 2-0 loss to leaders and holders Atletico Madrid should have been the final nail in the coffin administered by no other than Luis Suarez, who Koeman memorably ditched via a telephone call when taking over the reins in the summer of 2020.

But even before kick off on Saturday, president Joan Laporta confirmed that Koeman will continue and deserves more time and respect for the job he has already done on a limited budget amid the club's dire financial predicament, plus his standing as a legend of Wembley '92.

Koeman knows this is a results game, however, and though his lifeline has mainly been granted on the basis of having the likes of Ousmane Dembele and Sergio Aguero returning from injury, he has to blend them into a winning team which has three key fixtures coming up against Valencia and Real Madrid domestically and Dynamo Kiev on the continent.

Stubbornly sticking with 3-5-2 despite Laporta's reported demands he goes with 4-3-3, Mundo Deportivo say on Thursday that Koeman will finally give in.

In such a system, a more stable defense that is leaking goals could be created, with more focus on the attack and midfield as the lines are joined and the ball can be recovered in confined spaces to create danger.

Clearly not the player he once was, Gerard Pique could see his playing time reduced with Clement Lenglet coming to the forefront.

The same logic applies to Sergio Busquets as Pique, though it is not the team and Spain captain's fault that Barca have not found a suitable replacement for the veteran to give him a rest sometimes at age 33.

In preseason, though, Nico Gonzalez has emerged. And if the youngster performs well, the interior central midfielders such as Frenkie de Jong can be more creative without the need to drop back in defense as witnessed to great criticism in the recent 3-0 defeat away at Benfica.

As for the strikers, Koeman's trust has been total in Memphis Depay and Luuk de Jong, but his compatriots have underperformed. When they are 100% fit, Ansu Fati and Aguero are of a much higher quality with Dembele also able to operate on either wing and with either foot.

In the long term, however, a young target man must be sought on the market - and Borussia Dortmund's Erling Haaland fits the bill as the potential best in his position for the next 10 years if his release clause really does decrease to a much more affordable $87mn at the end of the current campaign.