Ronald Acuña Jr. went nuts watching the Braves beat the Brewers in the NLDS on TV 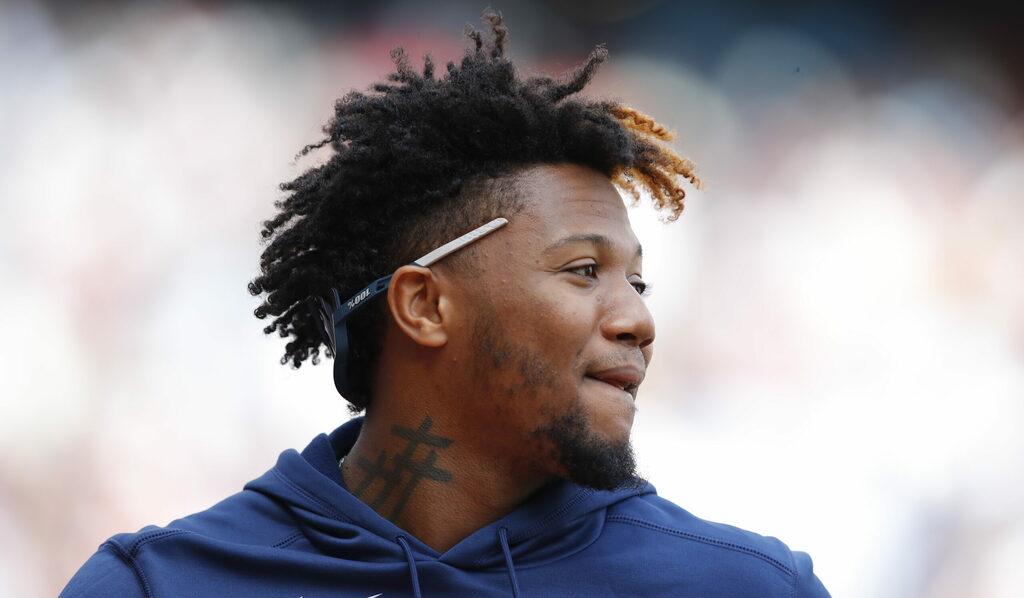 The Atlanta Braves quietly became the biggest surprise in baseball, particularly in the second half of the season. After losing superstar Ronald Acuña Jr. to a season-ending ACL injury, the Braves went into the All-Star break a game below .500 and at third place in the division.

But fast forward three months, and the Braves are heading back to the NLCS. Acuña, of course, being the team’s biggest fan.

The Braves clinched a second straight trip to the NLCS on Tuesday with their Game 4 win, 5-4, over the Milwaukee Brewers. While Acuña did make an appearance at Truist Park for Game 3, he opted to watch the decisive game from home. And, well, he was pumped when Will Smith recorded the final out. (Warning: Some NSFW language in Spanish).

Ronald Acuna’s live reaction to the Braves advancing to the NLCS pic.twitter.com/f2mJj8ltYS

The Braves star posted his live reaction on Instagram to Smith’s series-clinching strikeout. We could hear as Acuña joked that he was nervous despite not even playing. And then when the final out was recorded, he went nuts, shouting at the Brewers to “go home!”

Even through the TV, he was talking trash to the Brewers.

The Braves will await the winner of Thursday’s NLDS Game 5 between the Giants and Dodgers. A Dodgers win (despite Los Angeles’ 106 wins) would mean homefield advantage for Atlanta in the NLCS rematch. A Giants win would have the Braves traveling to San Francisco for Saturday’s Game 1.