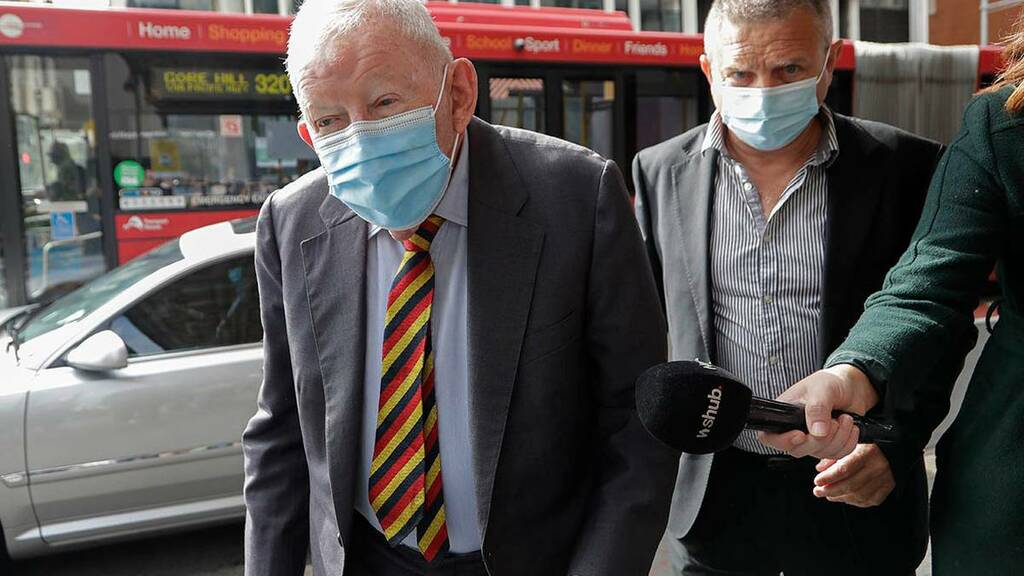 "Images of this kind are neither innocuous or benign," Judge Sarah Huggett told the court, noting Brierley had collected images over years.

"For decades he had been an intelligent and high functioning businessman … his offending was not isolated nor aberrant nor something that was only in his later years."

Brierley initially faced 17 charges before he pleaded guilty earlier this year to three counts of possessing child abuse material earlier this year. The other charges against Brierley were withdrawn.

Australian Border Force officers uncovered the images, mostly of children aged about 11 years old, in his carry-on luggage as he prepared to board a holiday flight to Fiji at Sydney Kingsford Smith Airport in December 2019.

Brierley, who voluntarily surrendered his knighthood for services to business after pleading guilty, had sought to serve his time in the community on a release order, however, the prosecution argued prison was necessary.

He had begged to be spared prison with his lawyers saying he was an elderly and unwell man.

The Daily Telegraph understands Brierley's legal team are already launching a challenge against the result in the NSW Court of Criminal Appeal.

Brierley has been a towering figure in Australasian business. His rise began in New Zealand in the 1960s through identifying asset-rich companies that offered low returns to shareholders, staging raids and turning stagnant wealth into shareholder returns.

By the 1980s, Brierley had extended his business to Australia, and then on a global footing through the 1990s and onwards. In 1988, while chairman of the Bank of New Zealand, his contribution to business and philanthropy led to a knighthood.

He retired as a director from BIL in 2001 then from the chairman's role at Guinness Peat Group in 2010, bowing out as a director in 2015. In June 2019, he retired as chairman of Mercantile Investments, a Sydney-based boutique with $80m invested.

The last two decades of Brierley's life have been a legacy building campaign – he became a patron saint of cricket in New Zealand, a benefactor to many schools and an obsessive stamp collector.

Brierley told police he thought the images were "perfectly okay" and had been "approved by various bodies".

One of the 40,000-plus images was of a totally naked child on a bed posing for the camera – it had been sent to his GPG email account.

The rest were children in swimmers or underwear striking suggestive poses for the depraved pleasure of adults.

Most were girls aged about 11, but some were much younger and there were "many" victims in Brierley's secret collection, the courts concluded.

Judge Huggett said the images were far from the worst category but they provided him with sexual gratification all the same.

Each image was of a real child, a real victim, the court heard.

Before today's hearing, Brierley hobbled out of his Point Piper mansion in Sydney with a cane, slumped into an Audi and was hurried to the stuffy Downing Centre Court room to learn his fate.

He sat impassive, behind a surgical mask, hunched in the courtroom as his sentence was announced.

Judge Huggett noted he had many friends who found his crimes irreconcilable with the "Sir Ron" they knew.

"His fall from grace has been radical," she said.

Brierley will be eligible for parole in May 2022.