Romeo + Juliet review – an intense rush of love and hate 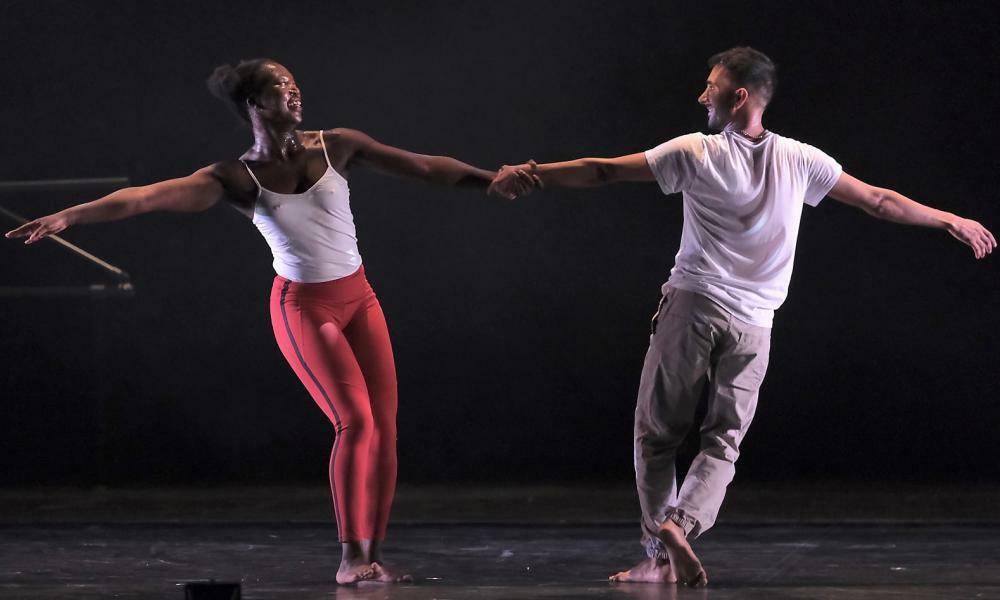 This autumn brings a veritable harvest of Romeo and Juliets. Ben Duke’s witty reimagining for Lost Dog Dance returns in November, both the Royal Ballet and Birmingham Royal Ballet will perform the well-known MacMillan version in October, when the Birmingham company will also present Edward Clug’s 2005 take, Radio and Juliet. But first off the bough is a new creation by Rosie Kay, originally envisaged in 2015, developed through stints working with local schools as well as with West Midlands Police and now, several lockdowns later, finally on stage.

With this long gestation and interrupted rehearsals, it’s perhaps not surprising that both the piece and the production still feel a little ragged. The opening scene in particular is a rush of activity without clarity of purpose: an accumulation of nine dancers that, with its parries, clusters and scatterings, skilfully suggests the unstable, disputed nature of their terrain, yet neglects to establish the characters before sending them into action. We recognise them as rival gangs in an urban setting – pylons and satellites frame the stage, and the stances as much as the clothing are notably “street” – but we’re left doubtful about who is who, or what drives their fierce gesticulations.

Once the lovers meet, though, the narrative finds both its heart and its stride. Romeo (Subhash Viman Gorania) and Juliet (Mayowa Ogunnaike) are highly contrasting dancers – he all fleet turns and supple leans, she punchier and more compact – and their duet, rather than overcome their differences, serves more to align them through mirrored sweeps of their arms, changes of lead and exchanges of impulse and response. The news of their encounter ricochets through the gangs like sparks through a circuit, and Kay composes their anxiety brilliantly, alternating between flurries and freezes, keeping up the pressure-cooker intensity until the end.

The music alternates the disquieting modern electronica by regular Kay collaborator Annie Mahtani with the distended dramatics of Berlioz’s symphonic drama Roméo et Juliette. The mix is sometimes potent, yoking urban cool to Romantic excess, the contemporary to the time-honoured, but sometimes jarring, and the Berlioz can tip the action towards silent-film melodrama. Yet the mix itself is of a piece with the production as a whole, which freely hybridises hip-hop with contemporary and Indian classical dance. The styles flow naturally from the multi-ethnic, diversely trained young dancers themselves; Gorania, most strikingly, combines them all into a kind of polyglot physical presence.

That diversity of cast and choreography means there’s no distinctive identity that separates the gangs. Gratifyingly, this shifts the rivalry away from race (as with the Jets and Sharks) or heritage (as with the Capulets and Montagues) and points towards other factors: peer pressure, drug dealing, ambition, misunderstanding.

There’s a clamour of ideas in this production, and Kay perhaps tries to pack too much into its 75 minutes; yet its youthful urgency, energy and high emotion hit home.