Romeo Beckham, 19, gets a identical neck tattoo to dad David's 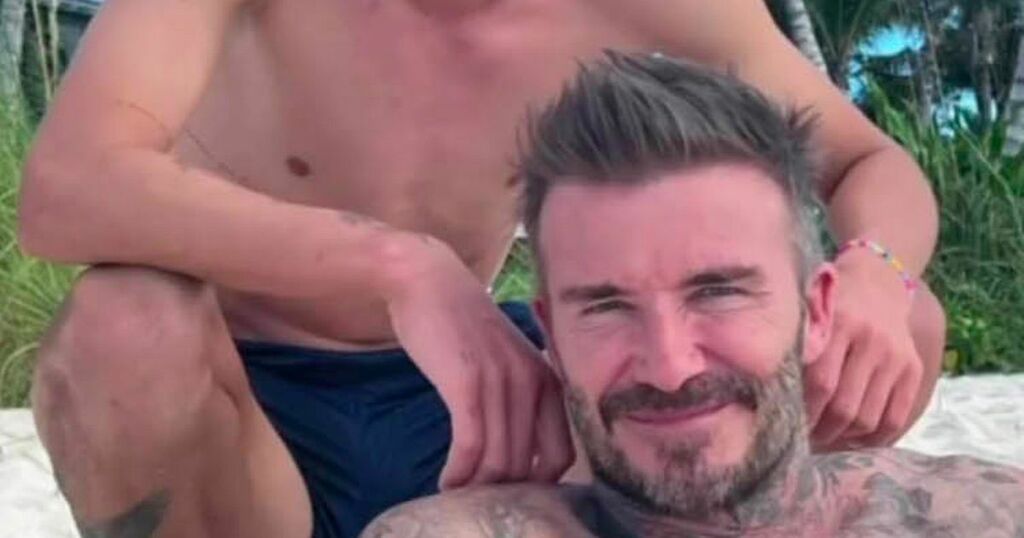 Romeo Beckham has proudly displayed his new neck tattoo - and it's exactly the same as his dad's.

The 19-year-old, who lives in Miami paid a visit to world-famous tattoo artist Dr Woo to get inked and seemed pleased as punch with the results.

Romeo, plays football for Fort Lauderdale CF, shared a snap of the design on Instagram and wrote: "Insane! Thank u bro @_dr_woo_".

He also got a dove tattooed onto his hand with the words "lead with love" under it.

His new ink collected thousands of likes, and it even scooped Justin Bieber's appreciation.

"Love it, it was ur dad that inspired mine too. Looks great," Justin wrote with a prayer emoji.

Many fans said it was a case of "like father like son" as the teen has several tattoos that bare a strong resemblance to his famous fathers'.

Both Beckham boys have cherubs, but Romeo has a while to go before he can catch up with his dad's 63 designs.

David, 46, has got several markings in tribute to his children and has Romeo's name in Roman font under his neck tattoo.

Romeo has recently signed a £1.2million deal with Puma and according to sources, there's many more deals being lined up for the rising star.

He is set to wear Puma's Future Z 1.2 football boots next season, which are also worn by PSG's Neymar.

Sharing a video of his son on the pitch, David wrote: "Well done mate!"

Victoria added her own message: "Proud of you Romeo."

"They're light so that I can use my pace and agility, but they also grip the ball amazingly so I can dribble and pass effectively.

"I love the colours of the Under the Lights pack, which combine my passions of fashion and football."

He was recently seen enjoying a holiday with his girlfriend Mia Regan and his brother Cruz and sister Harper.

The family enjoyed the sun from their yacht and Romeo was seen cuddling up to his little sister who donned a headscarf.

Looking stylish as ever, he wore a bucket hat, his dad's former team Manchester United shorts and a white vest top.

He added gold chains and wore an hoop with a cross in one ear.

The Beckham clan shared intimate photos from the boat, with Victoria Beckham seen sharing a sweet moment with 10-year-old Harper.

The eldest of the Beckham boys, Brooklyn joined the group for dinner one night after he spent Christmas in America with his fiancée Nicole Peltz.