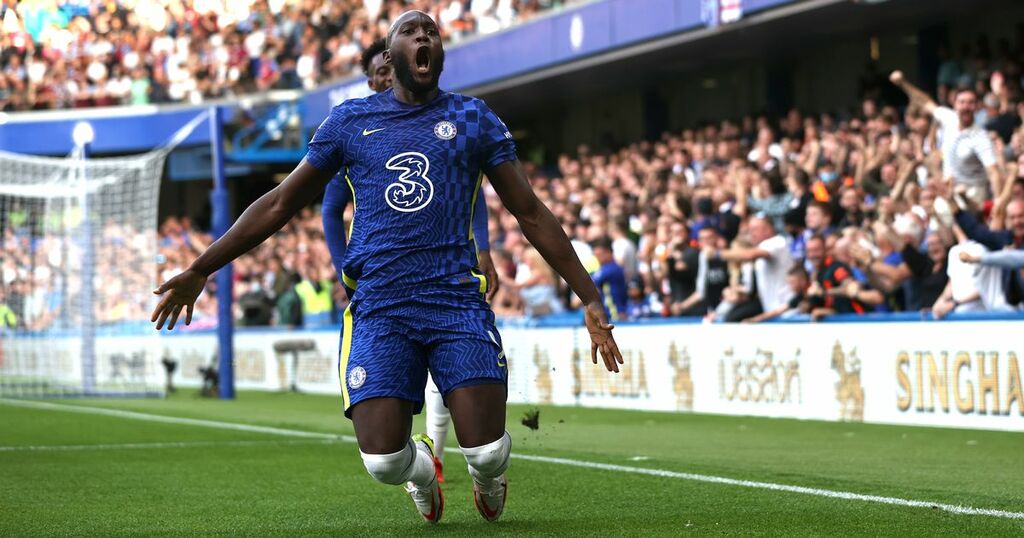 Romelu Lukaku has vowed never to slide on his knees again after his goal celebration went wrong on Saturday.

The Belgium international started for Chelsea in a 3-0 win over Aston Villa that was not as straightforward as the scoreline would suggest.

Nevertheless, Lukaku was the difference between the two sides - scoring a brace in clinical fashion.

Despite this being his second spell with the Blues, that was the 28-year-old's first goal at Stamford Bridge - latching onto a brilliant pass from Mateo Kovacic before bamboozling Axel Tuanzebe and slotting past Jed Steer.

The emotion was clear to see on Lukaku's face as he ran towards The Shed End before trying a knee slide.

But it did not go to plan with his legs getting caught in the grass before faceplanting the ground and being mobbed by his teammates.

After the match, the former Inter Milan star tweeted: "No more sliding on my knees after yesterday’s celebration…"

Lukaku would go on to score again in the dying embers of the game when he rifled one into the corner with an exquisite finish.

This time, the striker ran to the corner flag and stood with an outstretched arm, soaking up the applause from the fans as they cheered his name.

For the ex-Manchester United ace and self-confessed Chelsea fan, it was a fairytale day for Lukaku, who kissed the badge after scoring.

"I was up and down at the start [of my career] but I've found a certain consistency in the last three years. With experience and hard work, I just keep on working.

"It's a good start but we have to keep working. We know this year's going to be very competitive. A lot of teams are going to be fighting for the title."

The victory takes Chelsea to second in the Premier League, behind United on goals scored, while they have conceded just once - a penalty to Liverpool.

How many goals will Romelu Lukaku score for Chelsea? Comment below

But despite the 3-0 win, Villa could have had a hatful of goals in the first-half with Edouard Mendy and Thiago Silva in inspired form to deny the likes of Ollie Watkins and Danny Ings.

Saul Niguez made his full debut but was taken off after 45 minutes following a testing half, giving the ball away frequently and being ran past with ease.

Chelsea take on Zenit St Petersburg next at Stamford Bridge as they look to defend their Champions League title.