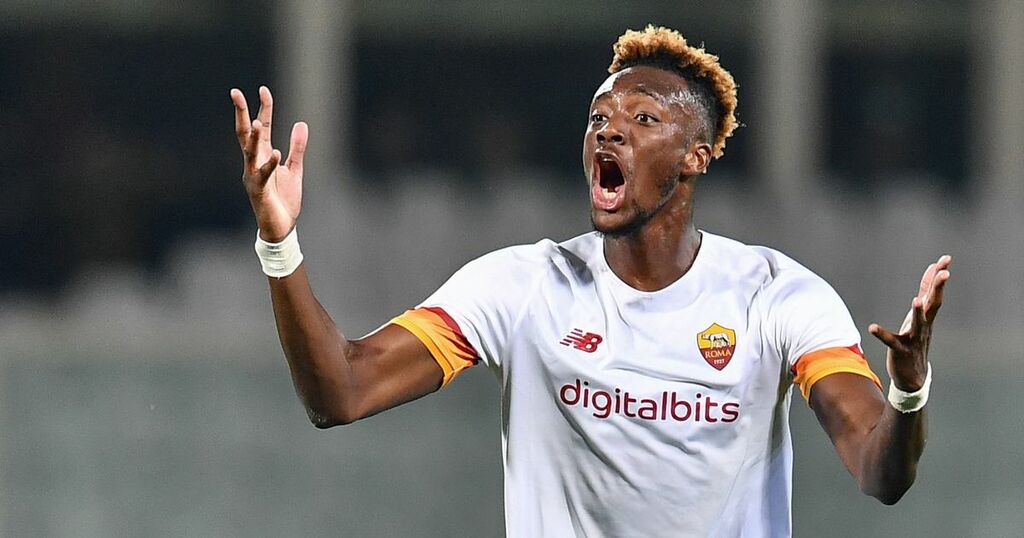 Arsenal transfer news: Mourinho has been working with Abraham at Roma this season and the striker has been linked with…

Football London
One subscription that gives you access to news from hundreds of sites
Jose Mourinho confirms he WILL sell Tammy Abraham this summer, if Arsenal target wants to leave Roma

Jose Mourinho has claimed that he would sell Tammy Abraham this summer, if the striker wants to leave Roma.

Roma have dropped a major hint over the future of sought-after striker Tammy Abraham amid links with Arsenal.

The Gunners have been linked with a swoop for the England forward for some time, with Arsenal boss Mikel Arteta keen to bolster his forward options. Alexandre Lacazette and Eddie Nketiah are out of contract at the end of the season and could be set to wave goodbye to the Emirates Stadium.

Abraham is reportedly one of the options under consideration in north London, whilst names such as Manchester City ’s Gabriel Jesus and Dominic Calvert-Lewin of Everton have also been mentioned. Now Italian giants Roma appear to have dropped a considerable clue regarding his future as the build-up to next season begins.

The Serie A outfit unveiled their brand-new shirt for the 2022/23 campaign on Thursday morning. Once again manufactured by New Balance, the kit is the classic red of the Giallorossi.

Intriguingly, one man featured extremely heavily in both the club’s and the manufacturer’s promotion of the new kit - Abraham. He was pictured alongside Nicolo Zaniolo, captain Lorenzo Pellegrini and Roger Ibanez adorned in the new strip both in images, as well as a promotional video.

Whilst it is certainly no surprise to see Abraham feature considering the key role that he has played in the club’s season so far, it suggests Roma have no intentions of selling the England international any time soon, and may hint that Abraham himself has ambitions of remaining at the Stadio Olimpico beyond the summer window.

Should Arsenal attempt to sign Tammy Abraham this summer? Have your say in the comments below.

The striker has already signalled his affection for the eternal city but Roma boss Jose Mourinho has recently admitted that Abraham could potentially seek a return to the Premier League at some point in the near future. Speaking with Sky Sports, the Portuguese said: "I don’t think it’s an easy decision for a young, local player to leave his club, to leave his house, his city, his country, to leave the Premier League – which of course is a competition that, when a player is in it, it’s hard to leave.

Abraham has certainly enjoyed a wonderful first season in Italy since sealing his £35m exit from Chelsea last summer. The 24-year-old has 24 goals to his name this season in all competitions and will be aiming to lift silverware come the end of the campaign with Roma set to take on Dutch side Feyenoord in the Europa Conference League final in Tirana.

Abraham was pivotal in the Italian outfit reaching the showpiece with nine goals in the competition so far - his header also guiding Roma past Leicester City in the semi-finals. The striker currently has just over four years remaining on the deal he signed at the Stadio Olimpico.

Arsenal transfer news: Mourinho has been working with Abraham at Roma this season and the striker has been linked with…

Football London
One subscription that gives you access to news from hundreds of sites
Jose Mourinho confirms he WILL sell Tammy Abraham this summer, if Arsenal target wants to leave Roma

Jose Mourinho has claimed that he would sell Tammy Abraham this summer, if the striker wants to leave Roma.