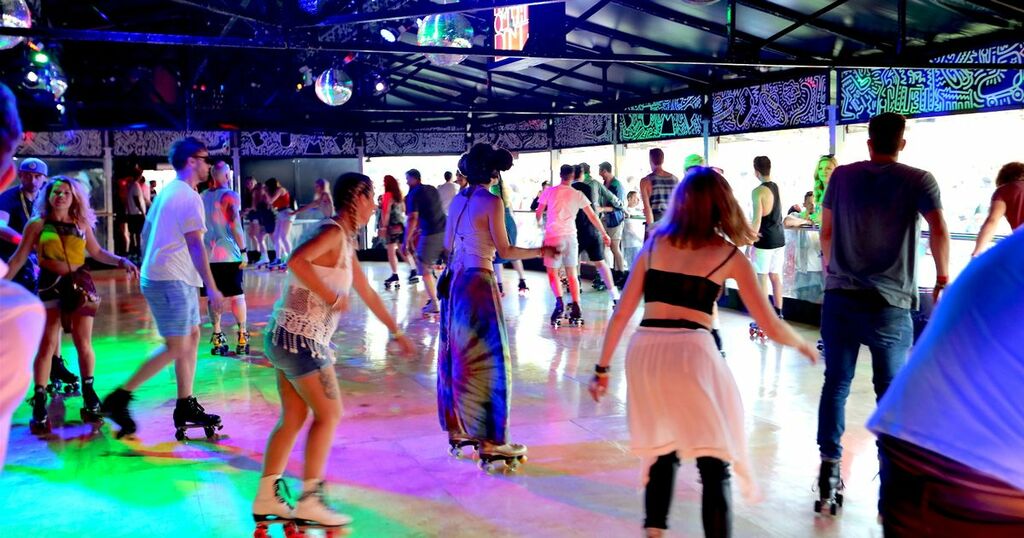 The plans have been scaled back since initial proposals for a nine-storey building, but many are still objecting

A new roller disco on Bristol’s harbourside has been granted a premises licence after its owners said previous noise issues had now been sorted.

Bump Rollerdisco opened on a vacant site at Redcliffe Wharf last summer with DJs and roller skates for hire. It initially opened from July until January and then reopened again last month, applying to Bristol City Council for a licence to serve alcohol from a small bar.

This prompted objections from nearby neighbours, who said when the disco was first open they could hear "thumping" loud music, although it had been quieter since reopening. The council’s licensing sub-committee granted the licence after a hearing on Thursday, May 12.

Read more: Calls for more bridges as Gaol Ferry Bridge set to close for half a year

Lindsay Griffin, founder of Bump Rollerdisco, told the hearing: “We wrote to all the residents with our telephone numbers and email addresses, for any concerns to come to us. We probably only received a handful of calls which we acted on straight away, where the bass music was perhaps travelling. We didn’t seem to think there was a huge problem.

“After we closed, we got an email to ourselves from the Redcliffe Wharf Residents Association, advising that it had been a problem. So when we planned to come back into the Wharf, we made some changes. We had made a little bit of money, so we invested in our sound system.

“When we were previously at Redcliffe Wharf, our soundsystem was a long-throw system. We’ve changed that and we’ve moved it to surround sound, and we’ve reduced the bass by half. We continue to monitor the area and we’ve spoken to lots of residents, particularly the people on the boats who are on our doorsteps.”

Bump offers roller skating lessons to adults, children, and disabled people, and also provides tickets at a reduced rate to groups on low incomes. It’s unclear how long the roller disco will remain at the site, as developers have plans to build flats, offices and restaurants there, although these plans have faced long delays.

The new licence allows the disco to serve alcohol until 11pm from Wednesday to Saturday, until 10pm on Mondays and Tuesdays, and until 7pm on Sundays.

The vacant site had previously been empty for several years, and was overgrown and often scattered with needles. Since Bump first opened there, Ms Griffin said her team had cleaned up and improved the area. But when the venue was open last year, some residents living in nearby houses complained of excessively loud music.

Caroline Brewer, of Redcliffe Wharf Residents Association, said: “When the venue was there before, it was incredibly noisy. We had long-term daily noise which was really disruptive. The residents most affected live [in the houses] along Redcliffe Parade East, which are listed buildings, so most buildings don’t have double glazing to mitigate that sound.

“Bump Rollerdisco is in a tent, and I don’t think that noise and disruption can be contained within a tent. It has been a noisy nightclub in a residential area, which has caused immense distress to the residents. It’s not OK to have that level of disruption in a residential area. Our neighbours can’t even hear their television.”

However, since Bump reopened last month, Ms Brewer said the music had not been noisy. Asked if she had noticed the noise reduce since the roller disco reopened, she said: “It hasn’t been noisy now. But maybe you’re not running the venue at the same level that you may be running it, were you to get a licence, I don’t know.”

Ms Griffin said the investment into a new soundsystem meant noise levels were now much lower than before, and other residents had told her the music was no longer an issue. If the sound became an issue once again, Ms Brewer asked the licensing committee what action could be taken. Committee chair Councillor Fi Hance said the legal rules were “kafkaesque”.

She said: “Were a licence to be granted, then that would give you the mechanism to ask for a review of the licence. At that point we could impose [limits] on recorded music, which we cannot do at the moment. It is almost kafkaesque, but there we go. At this point, we can’t put conditions on recorded music.”

The plans have been scaled back since initial proposals for a nine-storey building, but many are still objecting