Rohit expects Hardik to start bowling from ‘next week’ 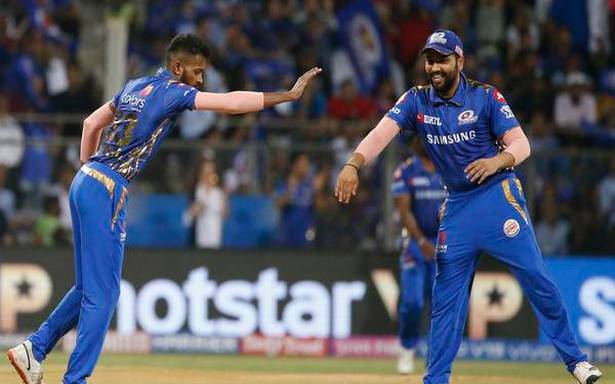 Selection Committee chairman Chetan Sharma had said that Hardik Pandya would be bowling in the IPL but India vice-captain and Mumbai Indians skipper Rohit Sharma is expecting the all-rounder to start bowling from “next week” even though he won’t like to put a timeline on the subject.

Hardik played five matches in the UAE leg of IPL without a lot of success, save one game against Punjab Kings which he won with his batting and didn’t bowl a single over as anticipated when the Selection Committee chairman had announced publicly about the status of the Baroda player’s bowling fitness.

“In terms of his (Hardik) bowling, the physios, trainers are working. He hasn’t bowled a single ball yet. We wanted to take one match at a time and see where he stands,” Rohit said after MI’s last IPL game.

“He is getting better day by day. In the next week or so, he might be able to bowl, who knows? Only the doctors and physios will be able to give an update on that.”

“He is getting better and a player like him is probably just one game away from getting his natural ability back and we have seen it in the past. If I have to put everything together, there is no doubt he will be a valuable asset.”

Rohit isn’t too worried about the form of the India players in the Mumbai Indians squad as T20 World Cup will be a “different ball game” where one can get back into rhythm even during the practice games.

“I personally don’t like to count too much into what has happened in the IPL and what is going to happen in T20 World Cup.