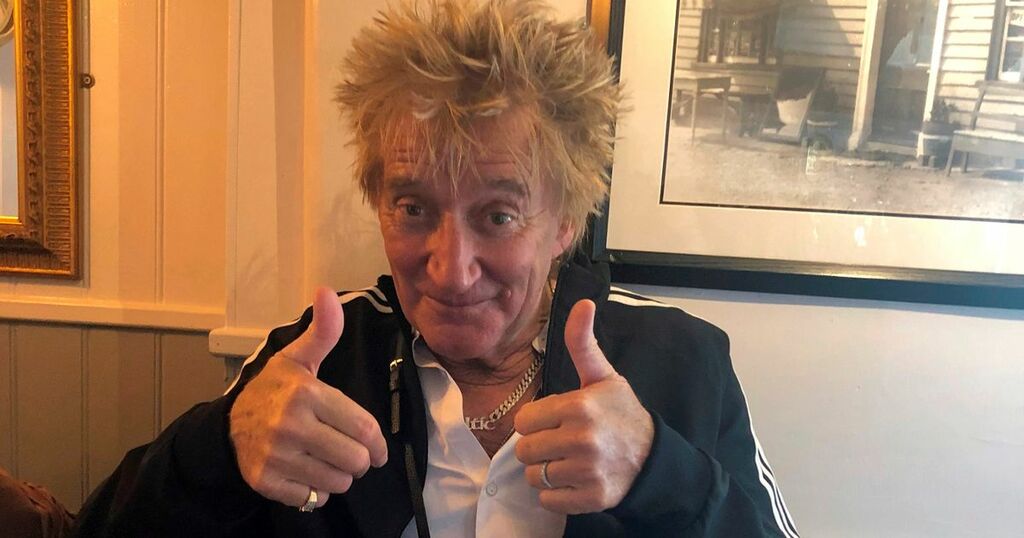 Rod Stewart was forced to ask fans to keep their distance when he popped into an Essex pub at the weekend.

The rock legend, who is 76, was joined by his wife Penny Lancaster, 50, at the Barge Inn in Battlesbridge on Sunday.

The famous couple, who live 45 minutes away in a Harlow mansion, were seen pulling up in their white Bentley 4x4.

During their lunch, several people are said to have approached the Maggie May singer for autographs.

The rocker asked not to be crowded due to concerns over Covid, according to pub staff.

But the music legend still posed for a cheeky thumbs up snap.

Instead of tucking into a Sunday roast, Rod ordered a spicy cajun chicken burger, costing around £20, and a pint of Brewers Gold ale.

“They sat down quite centrally in the pub and then everyone started to clock on to who they were.

“A couple of people were asking for autographs, but he didn’t want to have people around because of Covid.”

Chloe said the couple ended up taking their food away after Rod received a phone call and announced they had to leave.

She added: “They had the drink and then took the food away.

“Penny actually left her cardigan on the seat, so I had to run out and flag down their car as they were driving off!”

Rod and Penny, who share sons Alastair, 15, and Aiden, 10, recently celebrated their 14 th anniversary with a romantic boat ride down the Thames.

The couple met in 1999 after a friend of Penny’s dared her to ask for his autograph.

Speaking on Loose Women, Penny confirmed the story was true, saying: “It was a dare from a mate to go up and ask for his autograph and then the next night I got an invitation to go to a concert and photograph him.”

But it would be another six months before Penny heard from Rod again.

She said: “He called me up six months later and said, ‘let’s go out, I’d love to see those photos you took’ – and the rest is history.”

The lovebirds tied the knot in a stunning ceremony in Italy in 2007.

Rod has two other sons and four daughters from his previous relationships.