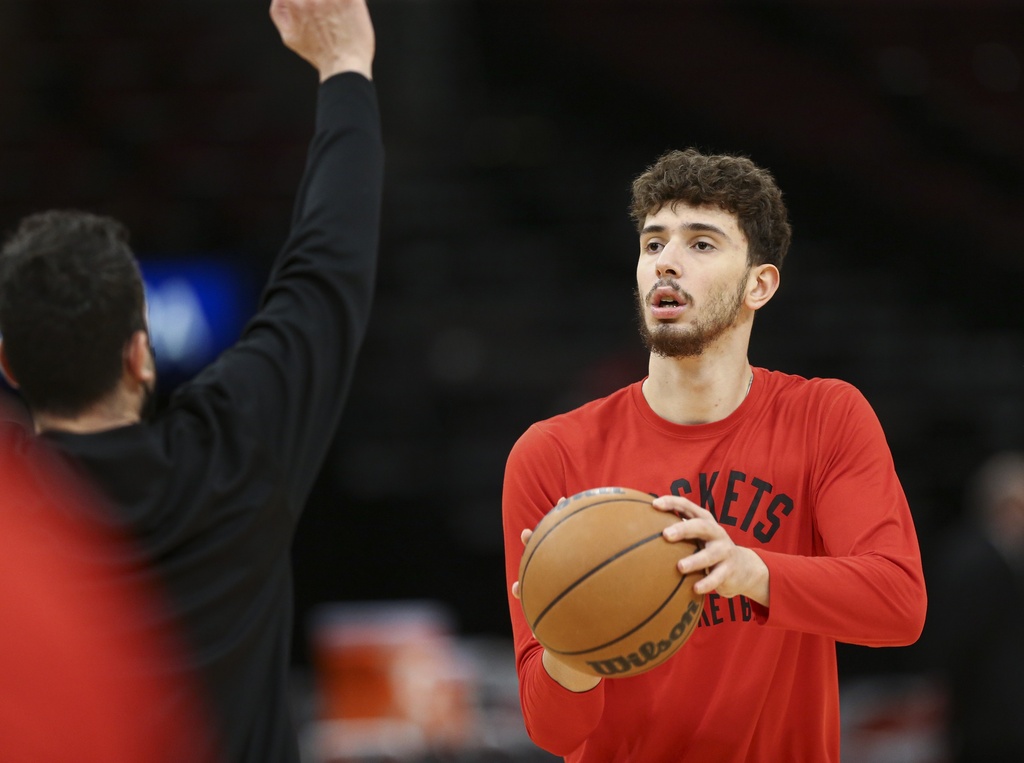 Needless to say, the social media reaction was swift and unforgiving. “This is the Rockets’ worst decision since trading Chris Paul and a pack of picks for Russell Westbrook,” tweeted ESPN’s Tim MacMahon.

Within the first two hours of the team’s original post on Friday afternoon, it had been quote tweeted more than 3,000 times.

There were also, however, more positive updates on Friday. Bench sharpshooter Armoni Brooks is back with the team after a stint in health and safety protocols, and native Houstonian Gerald Green is attempting an NBA comeback by joining Houston’s G League affiliate.

Then again, the Green news was also somewhat bittersweet at Toyota Center, since he’s leaving his recent role as a player development coach with the Rockets — and league rules prohibit him from joining Houston as a player in the same season that he was a coach there.

Excluding the culinary concept, head coach Stephen Silas offered insight on many of those topics, along with an update on the sprained right ankle of rookie center Alperen Sengun and his outlook moving forward after going through his first on-court workout since the Dec. 31 injury.

Scroll on for pregame updates from Friday at Toyota Center.