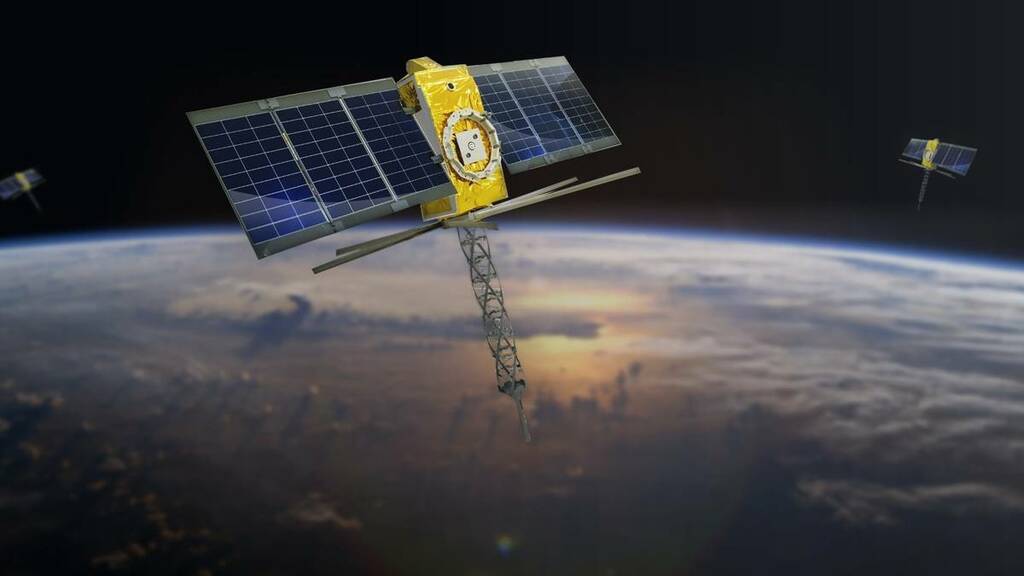 Rocket Lab has reported a wider net loss for the first half 2021, losing US$32.5 million for the six months to June 30, versus its US$23.5m loss for the same period last year.

With another heavy loss expected amid a pandemic-crimped launch schedule, and Rocket Lab's broader guidance for several years in the red, investors' had a keen eye on the Kiwi-American company's pipeline.

In its last investor update in June, Rocket Lab said it had future launches and space systems bookings worth US$141m as of June 30, 2021 - an increase on the US$127m listed in a pre-IPO investor presentation - and a 136 per cent increase on the year-ago $59.9m.

Today's announcement came after Rocket Lab's shares, which listed on the Nasdaq on August 25 at $11.50 then sunk as low as US$9.50, enjoy four straight sessions of gains. The stock closed today up 4.07 per cent to a post-listing closing high of US$15.09 for a US$6.8b market cap.

In part the increased pipeline was because Rocket Lab is signing more business - and today the company added to that with the announcement it had signed a contract to launch 25 satellites for Kinéi​s, a French company that is building a network of satellites for global wildlife, fisheries, climate, and environment monitoring.

But it also reflected New Zealand's renewed lockdowns, which have pushed out Rocket Lab's current slate of launches. With Rocket Lab's assembly plant and Mission Control in Auckland under Level 4 lockdown, launches can't take place from Launch Complex 1 at Mahia - and Rocket Lab's new Launch Complex 2 at Nasa's Wallops Island facility in Virginia is still awaiting final sign-off from the US space agency.

On a conference call, CFO Adam Spiice told US analysts that while it was unknown how long NZ's Level 4 restrictions would last, the forward-bookings were "non-perishable."

Spice also highlighted that increasing diversity of revneue with space systems (satellites and Rocket Lab's Photon spacecraft) contributing 18 per cent of total revenue in the period, compared to 3per cent in the first half of 2020.

"Despite our manifest supporting up to five launches and US$40m in revenue, we are
forecasting Q4 revenue to be US$17 million to $US20m assuming New Zealand Covid-19 restrictions ease prior to the end of September. "

Full-year revenue is expected to be in the range of US$50m to US$54m, "with an estimated New Zealand Coivd-19 shutdown impact of US$10m to US$15m."g

Asked on the conference call if the revenue guidance was on the conservative side, Spice again pointed to the open timeframe of pandemic restrictions in Auckland.

The CFO reiterated founder Peter Beck's earlier comments to the Herald that as well the larger, crew-capable Neutron rocket, some of the US$750m raised from the Nasdaq listing would go to expanding the company's space systems division - possibly by acquisition.

The space systems segment is forecast to account for around 40 per cent of Rocket Lab's revenue by FY2027 - a point by which the company says it will be making operating earnings of US$505m on US$1.57b turnover.

"The Sinclair acquisition has really emboldened us to lean forward and look at other opportunities, Spice said on the call today.

Rocket Lab was assessing up to two dozen potential acquisitions.

"The investability of space is a relatively new phenomenon," the CFO said. "For quite some time, it was very difficult to raise private capital in this market. So there's a lot of mom-and-pop or bootstrap companies, where they're founder controlled - really nice businesses, though, that are reasonably integratable and digestible."

"Our first glimpse of Rocket Lab has been relatively positive, with revenue for the period up 237 per cent up year on year, combined with a health bump to gross margins from a negative position to 13," Hatch co-founder Kristen Lunman told the Herald.

"Interestingly, there aren't a lot of analysts covering Rocket Lab yet, but investors are pleased with a good backlog of launches - more than doubled over the same period last year), and new customers like Kinéis who are launching satellites to connect IoT devices.
Also appears that the development of the game-changing Neutron launch vehicle is tracking to plan."

Asked on the conference call about progress on the Neutron, Beck said Rocket Lab was currently playing its cards close to its chest, promised a substantial update "in a few months."

After four straight sessions of gains now has a market cap of US$6.8 billion.

Its recent bull run has also seen Rocket Lab become the most valuable publicly-listed pure-play space transportation company, passing Virgin Galactic - whose shares have fallen by a third to US$6.3b over the past month. Elon Musk's privately-held SpaceX - with a private equity valuation of some US$74b - is still the top dog overall by some margin.

Astra's failure - and a second very public fail around the same time by another rival, Firefly with is Alpha - underlined that while there are dozens of space transportation startups, only SpaceX and Rocket Lab have managed to get a commercial private launch service off the ground (Virgin Orbit is the small satellite-focused sister company of Virgin Galactic. It has so far staged two test flight, releasing a smaller craft taking to high altitude by a 747).

Shares in Astra fell another 9 per cent today, taking its market cap down to US$2.3b.

Rocket Lab's move into space stock pole position has also been helped by the Wall Street Journal. Last week, the paper told readers to look past the glamour of space tourism to satellite launchers, concluding "Rocket Lab is probably the safest bet" - both because of its proven performance launching more than 100 satellites, and its attractive ebitda to enterprise value multiple.

Beck said earlier that he would not be hitting refresh on Nasdaq.com. "I'm not even watching it," he said. "At the end of the day, we're in this for the long term."

But around 7000 New Zealanders invested in Rocket Lab's IPO via platforms including Hatch, Sharesies and Stake, possibly are keeping a closer eye on their investment.

And the surge over the past four trading days has been good news for around 3000 Hatch customers - an increase of 1000 since the listing, according to Lunman.

The latest surge is also potentially good news for Sir Stephen Tindall's K1W1, ACC's investment arm and early Rocket Lab backer Mark Rocket, all of whom had holdings somewhere below the 5 per cent threshold as Rocket Lab listed on the Nasdaq (none have so far commented on whether they have sold any of their stock).

Why the surge over the past two days?

Investors - including at least 1000 more Kiwis who have hitched a ride over the past week, since Rocket Lab first listed August 25 - have reacted positively to Rocket Lab announcing it will expand its spacecraft production, and a spectacular failed launch by Astra earlier this week. And this morning another rival went down in flames - literally - as Firefly's Alpha exploded soon after take-off (see clip below).

Lunman put Rocket Lab's initial rise down to an announcement that the firm is expanding its space systems division.

That is, making parts for satellites and its own Photon spacecraft.

Beck said on Thursday that construction is under way on a new plant in Auckland, due to open in the fourth quarter. It will manufacture 2000 reaction wheels per year - critical attitude and stability control systems on satellites.

Rocket Lab has leased space in buildings immediately adjacent to its existing mission control and assembly plant in Mt Wellington.

Although Rocket Lab bought Canada's Sinclair Interplanetary to boost its house-brand satellite business, "They're reliant on all these really micro, unique engineering companies to deliver the value chain of components for a satellite, which can be expensive and time-consuming; they often are these bespoke manufacturing outfits."

By expanding its in-house satellite manufacturing operation, Rocket Lab was becoming closer to Beck's vision to be an end-to-end space transportation company.

"They will own more of the value chain," Lunman said.

"It's also about speed and scale, given they're in a space race situation with the likes of Elon Musk and others."

She added, "Many who are still sitting on the sidelines who want to see these companies move aggressively. Anything that solves for speed, and scale with space is seen as a good thing at this point."

Lunman said the satellite component manufacturing news had sparked a lot of positive comments in investor chatrooms, as well as coverage on high-profile US technology investment site TechCrunch.

Stake CEO Matt Leibowitz said, "We saw trade volume on Rocket Lab rise 92 per cent on the back of the news it was investing in new factories.

"The activity has been driven by news that suggests Rocket Lab is gearing up for significant growth. While Rocket Lab may never utilise the full capacity of its new factory, the fact that it's investing in having this capacity for growth in the long term has investors really pumped."

While space systems have so far only accounted for a tiny fraction of Rocket Lab's revenue, it has three marquee interplanetary missions on the way. Later this year, a Rocket Lab Photon will ferry a Nasa satellite into lunar orbit. A privately funded mission will see a Photon sent to Venus in 2023. And Rocket Lab has won a Nasa contract to design and build two Photons that will go into orbit around Mars in 2024 to study the Red Planet's atmosphere.