Robson Green transformed into the Queen during a fishing trip to help his pal land a role in The Crown.

The actor, 57, put on his best impression of Her Majesty to prepare Jim Murray for his audition as Prince Andrew in the Netflix drama.

He said: “All I had wanted to do was relax, detach myself from acting and go fishing with my best mate.

“Then Jim told me he’d been asked to audition for The Crown and asked would I read the part of the Queen.

“Even before he uttered his first line I knew he’d got it.

“He altered his hair, the way he looked and composed himself. He’d transformed into Prince Andrew.

“We read it and he smashed it on the first go. Next thing I know is a message from him saying he’s got the part.”

McDonald and Dodds star Jim, 47, said of the read-through on the banks of the River Dee in North Wales: “Robson was the best male Geordie Queen ever.

“When I was offered the audition I thought ‘This is going to get in the way of fishing’ and then I thought ‘It’s The Crown, it’s a big deal.’ I love a challenge.”

Robson is also known for his partnership with Jerome Flynn in long-running ITV drama Soldier Soldier and recently confirmed they are set for a TV comeback. 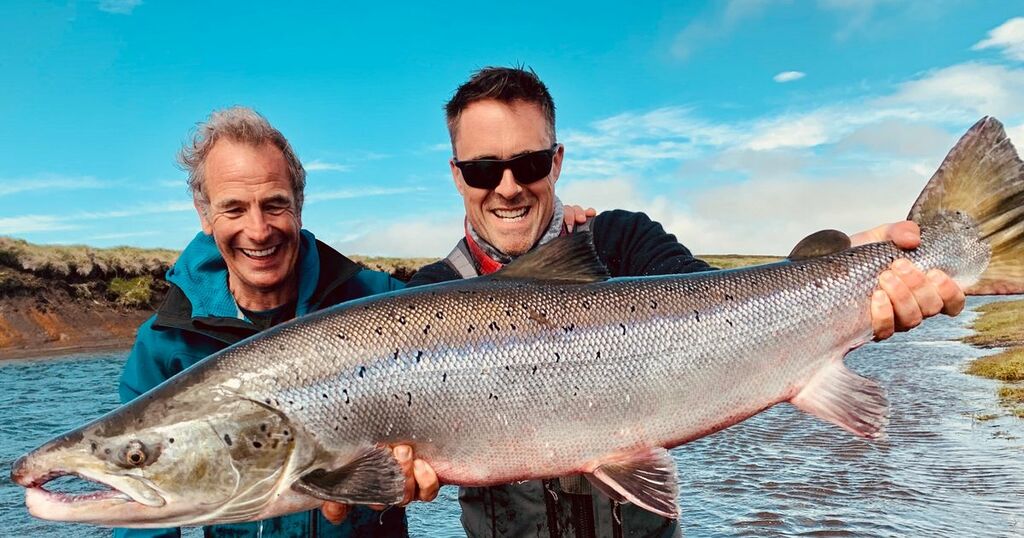 William was at the important state event alongside his father Prince Charles and his stepmother, Camilla, the Duchess of Cornwall.