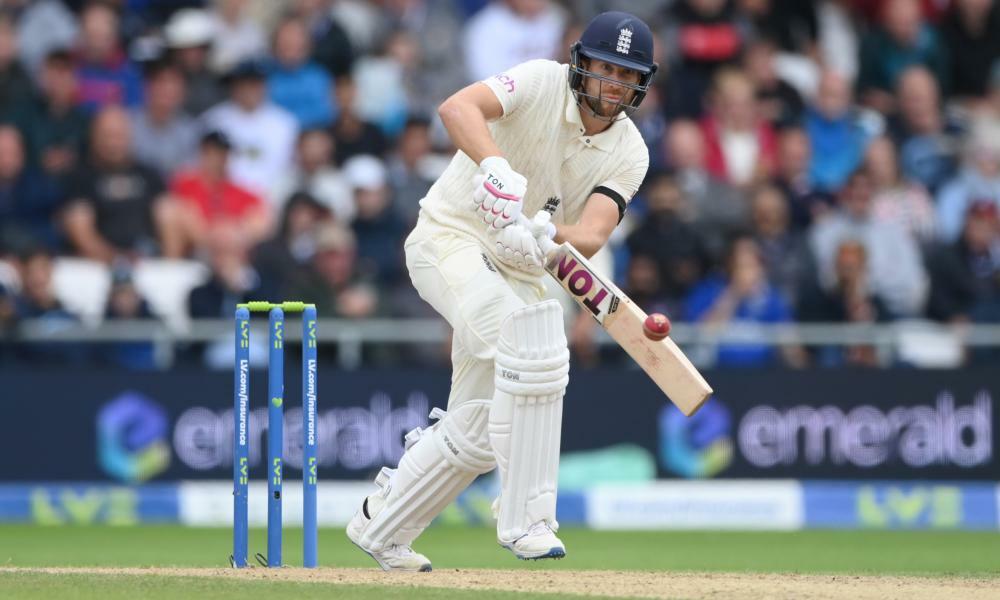 England have awarded 20 men’s central contracts for 2021-22 ahead of this winter’s Ashes tour, with a revamped system in place that no longer states which format a player has been chiefly earmarked for.

As has been the case since central contracts were introduced in 1999, there are winners and losers. Ollie Robinson, Dawid Malan and Jack Leach all earn their first main deals, while Dom Sibley has been overlooked entirely after losing his Test spot this summer.

Sibley’s fortunes contrast with those of Zak Crawley, another to be dropped during the recent India series. The Kent man is retained for the second year running, reflecting an investment by England in his talents, so too Ollie Pope despite yo-yoing in and out of the Test side over the past year. Haseeb Hameed, the incumbent opener, remains on his Nottinghamshire deal, however.

While the players are still waiting on news of the head coach, Chris Silverwood’s, upcoming Ashes squad – the naming of which should come this weekend after final sign-off for the tour by the England and Wales Cricket Board – they at least have clarity on their employment status for the next 12 months.

The previous central contracts expired at the end of September and talks between the ECB and The England Player Partnership over the revised terms have been running in parallel with those regarding conditions and quarantine protocols for the upcoming tour of Australia.

Where Test deals were previously a set annual retainer, white-ball contracts a sliding scale and players were awarded one or both, the new system offers a single contract for all. Each player is judged on past performance, injury record, future selection prospects – and to a lesser extent fitness testing and contribution to the team setup – in a points-based system.

Points for each format are then combined to calculate the player’s final salary. Within this equation there is a weighting under which Test cricket is worth 60%, and the white-ball formats 20% each. The upshot is a set of 20 deals that the Guardian understands to be worth between £220,000 and £800,000.

Joe Root and Eoin Morgan still earn a top-up payment to reflect their leadership responsibilities as respective Test and white-ball captains, while match fees and win bonuses are said to be unchanged.

Ashley Giles, the director of England cricket who oversees the process of awarding deals alongside Silverwood, said: “I believe this is the fairest and most transparent way of rewarding players across all formats.”

The old system was essentially too rigid and the Test contract, worth around £650,000 and nearly three times that for white-ball cricket, saw some red-ball specialists possibly over-rewarded compared to others. The fast bowler Mark Wood, for example, was previously on the lesser-paid white-ball deal yet often saw his schedule geared towards his availability for Test cricket.

Another past downside was that the significant pay cut resulting from the loss of a Test contract could prove a demotivating psychological blow to the player concerned. Moeen Ali, who recently retired from Test cricket, cited this experience when somewhat harshly stripped of his red-ball deal in 2019.

Moeen still makes the main list in his new career path as a white-ball specialist, while outside the chosen 20 there are incremental deals – payments made to fringe players on top of their county contracts – for Dom Bess, Liam Livingstone, Chris Jordan and Tom Curran.

For the third year running pace bowling development contracts have also been given to Olly Stone, Saqib Mahmood and Craig Overton, covering a portion of their county contracts and thus allowing England to control their workloads.

Elsewhere Jofra Archer and Ben Stokes remain on full central contracts, the former having been ruled out for the rest of the year with an elbow problem.

Stokes is currently on a break for mental health reasons but is also facing four weeks of rehabilitation after Monday’s second operation on his finger problem.

Robinson’s move to a first full central contract rewards a breakthrough summer of 28 wickets at 19 runs apiece in five Test matches. Malan recently returned to the Test side and has finally earned a main deal that reflects this and his centrality to the Twenty20 setup.

The contractual promotion for Leach meanwhile comes despite being overlooked by England all summer. The left-armer was the Test side’s leading wicket-taker during the subcontinental winter, however, and after Moeen’s retirement will head to Australia as their first-choice spinner.