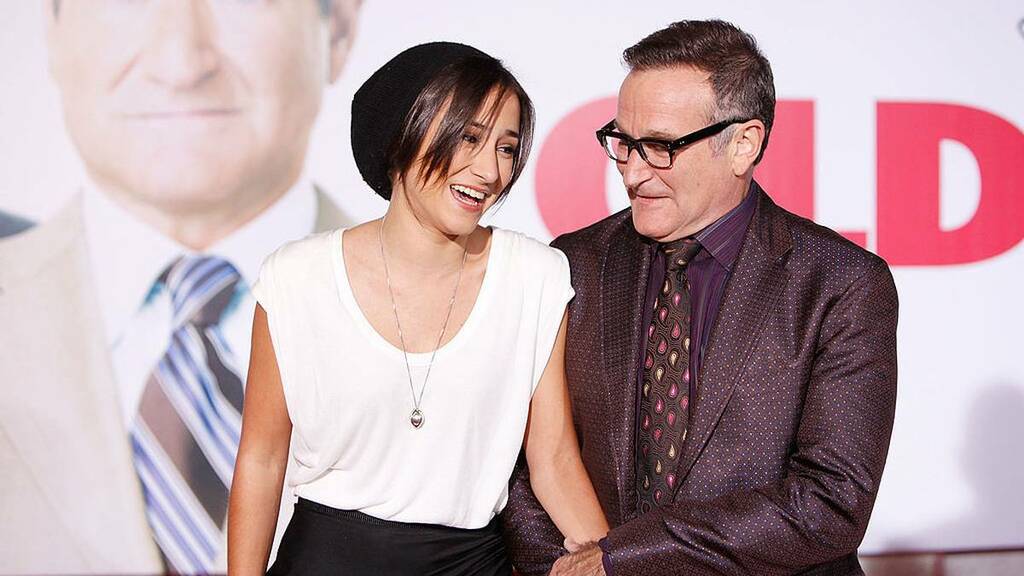 Zelda Williams has asked fans to stop "spamming" her with an actor's viral impersonation of her late father Robin Williams.

After Jamie Costa's spot-on impression of the star took the internet by storm this week, Zelda, 32, tweeted a response to people sending her the five-minute clip.

"Guys, I'm only saying this because I don't think it'll stop until I acknowledge it… please, stop sending me the 'test footage,' " Zelda wrote.

"I've seen it. Jamie is SUPER talented, this isn't against him, but y'all spamming me an impression of my late Dad on one of his saddest days is weird."

The American actor, who is known for his strikingly accurate impersonations of celebrities including Williams, uploaded the video to his YouTube channel titled "ROBIN Test Footage Scene".

Viewers were quick to applaud his take on the late actor. The clip features Costa as Williams on the set of Mork and Mindy in 1982.

The scene in question sees Williams' co-star Dawber interrupt him as he practises his lines to break the news of fellow comedian John Belushi's death, and reveals Williams' reaction to the news.

Zelda was 25 when her father died in 2014. Since then, she's been vocal about how social media has had a negative impact on her mental health. She took a break from all social media platforms after his death to take time to heal.

In 2017, she told People, "I don't think your skin ever gets any thicker", when dealing with online trolls.

I've never stopped letting people in, sometimes to my detriment. I'm an actress, and I think if I grew a thick skin … and kept the world out, I wouldn't be very good at my job. I've just grown a different sense of humour. Trolling and bullying, especially when it comes to online, can be damaging, but it also has as much power as you give it."

Last August, Zelda marked the anniversary of her father's death, although she's previously been silent on social media on the day.

"It's hard for me on regular, good day to remain the person expected to graciously accept the world's need to share their memories of him and express their condolences for his loss," she wrote at the time.

"As I've said in the past, while I am constantly touched by all your boundless continued love for him, some days it can feel a bit like being seen as a roadside memorial — a place, not a person — where people drive past and leave their sentiments to then go about their days comforted their love for him was witnessed."

"But sometimes, that leaves me emotionally buried under a pile of others' memories instead of my own. After all, even roses by the truckload still weigh a ton. Tomorrow, it is simply too much," she added, before sharing mental health resources and writing, "Whoever out there needs to hear it, please use this as your signpost in the desert. Reach out. Seek help. Keep fighting."