Phoenix Suns owner Robert Sarver has announced his intention to sell the franchise along with WNBA’s Phoenix Mercury.

Last week, Sarver was fined $10 million - approximately £8.7m - and suspended from the sport for a year after the league investigated allegations of racism and misogyny against him. While the league did find evidence of 'racially insensitive language, unequal treatment of female employees and sex-related statements and conduct' they didn't find that his conduct was 'motivated by racial or gender-based animus'.

NBA stars LeBron James and Chris Paul were among those outraged at the severity - or lack thereof - of the sanctions. Sarver - who is reportedly worth $800m (£696m) - received a punishment that was less severe than that of Donald Sterling. After he was recorded making a number of racist comments, Sterling was banned from the NBA for life and forced to sell the Los Angeles Clippers in 2014.

However, Sarver has faced rising pressure from within the team and around the NBA following his suspension last week. He has now released a statement announcing his intention to sell.

“This is the best course of action for everyone,” said Sarver in a statement as he announced he was looking for a buyer.

NBA players union chief Tamika Tremaglio called on Sarver to be banned for life and Suns vice-chairman Jahm Najafi declared he should resign. Major Suns sponsor PayPal also revealed it would not renew its deal with the team if Sarver remained involved.

“I do not want to be a distraction,” Sarver continued. “I want what's best for these two organisations, the players, the employees, the fans, the community, my fellow owners, the NBA and the WNBA.

“In our current unforgiving climate, it has become painfully clear whatever good I have done, or could still do, is outweighed by things I have said in the past.”

He added: “Words that I deeply regret now overshadow nearly two decades of building organisations that brought people together. As a man of faith, I believe in atonement and the path to forgiveness.

“I expected that the commissioner's one-year suspension would provide the time for me to focus, make amends and remove my personal controversy from the teams that I and so many fans love.”

The move was confirmed and praised by NBA commissioner Adam Silver, who released his own statement supporting Sarver’s decision to sell.

The NBA interviewed 320 people and analysed 80,000 documents and videos following the reports of Sarver’s behaviours, which emerged in an ESPN article last November. It suggested his 18-year tenure at the team had been riddled with racism, sexism and bullying.

The NBA investigation found evidence of ‘racially insensitive language, unequal treatment of female employees and sex-related statements and conduct’. However, the league did not find that Sarver’s conduct was ‘motivated by racial or gender-based animus’.

The league also discovered Sarver had used the N-word at least five times after ‘recounting the statements of others’, while the report also found the 60-year-old ‘engaged in instances of inequitable conduct toward female employees, made sex-related comments in the workplace, made inappropriate comments about the physical appearance of female employees and other women, and on several occasions engaged in inappropriate physical conduct toward male employees.’ 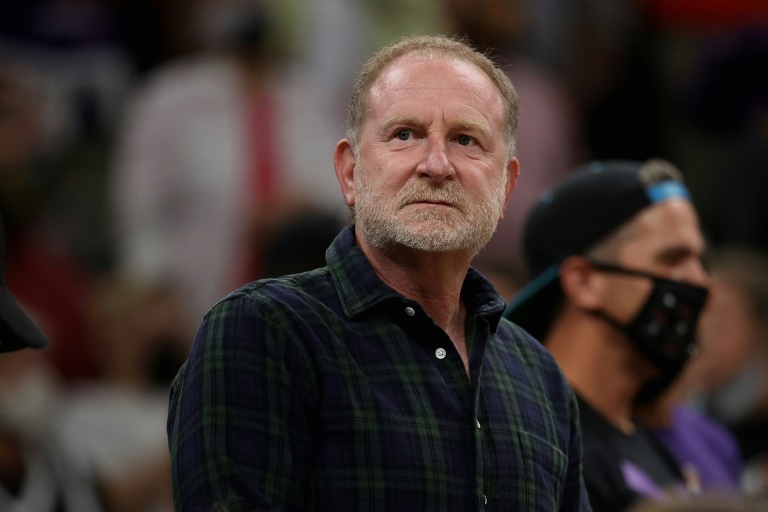 AFP
From analysis to the latest developments in health, read the most diverse news in one place.
Robert Sarver agreeing to sell the Suns does the NBA’s other 29 owners a favor

Voting Sarver out would have set the stage for how other owners could be removed.

Robert Sarver, who owns 35% of the Suns and Mercury, says he's looking for buyers after he was disciplined by…

WEKU
One place to find news on any topic, from hundreds of sites.
Celtics suspend coach Ime Udoka for entire NBA season