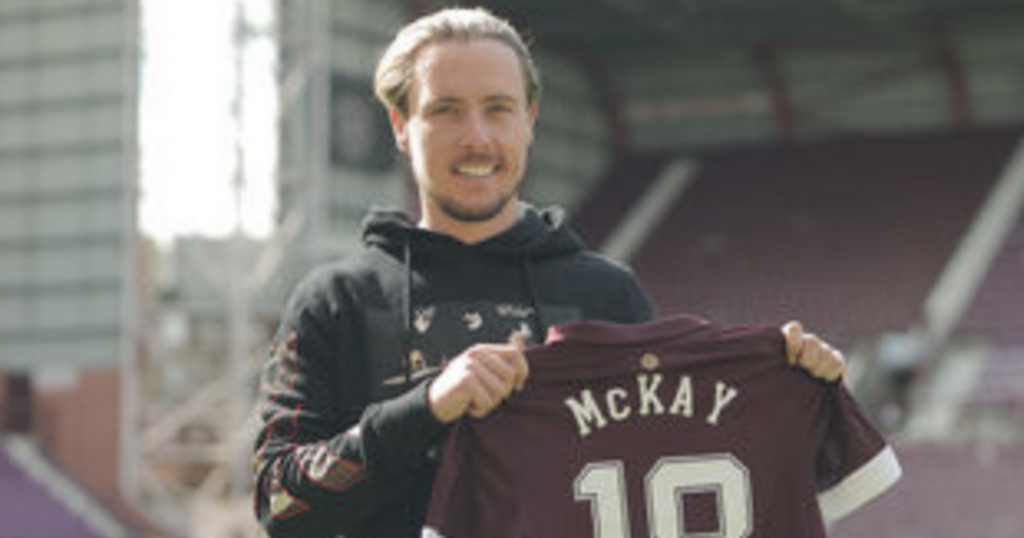 Barrie McKay might not start for Hearts in the Edinburgh derby but the new man will definitely be involved.

Robbie Neilson finally got his man after the ex-Rangers star penned a two-year deal at Tynecastle yesterday.

The Jambos beat Hibs to his signature after their city rivals staged a late attempt to hijack the deal.

But now McKay is set to make his debut in maroon against the Hibees in Gorgie this Sunday.

The pair go head-to-head in a top of the table Premiership clash and Neilson confirmed that McKay will be in his squad.

“Barrie has trained and I wouldn’t say he is ready to start on Sunday but he is definitely ready to be part of the game,” he told Sky Sports.

“We are getting a really good talent, a boy that’s experienced, an international player. He is 26 now, mature and I’ve tracked him for a number of years.

“I tried to get him a couple of years ago when I was down south and tried again when I first came in here. To get it over the line is great and you can see in training the quality, pace and energy he brings.

“That’s him not having trained with a team for three months so we think over the next few weeks we will see the real Barrie McKay when the fitness comes.”