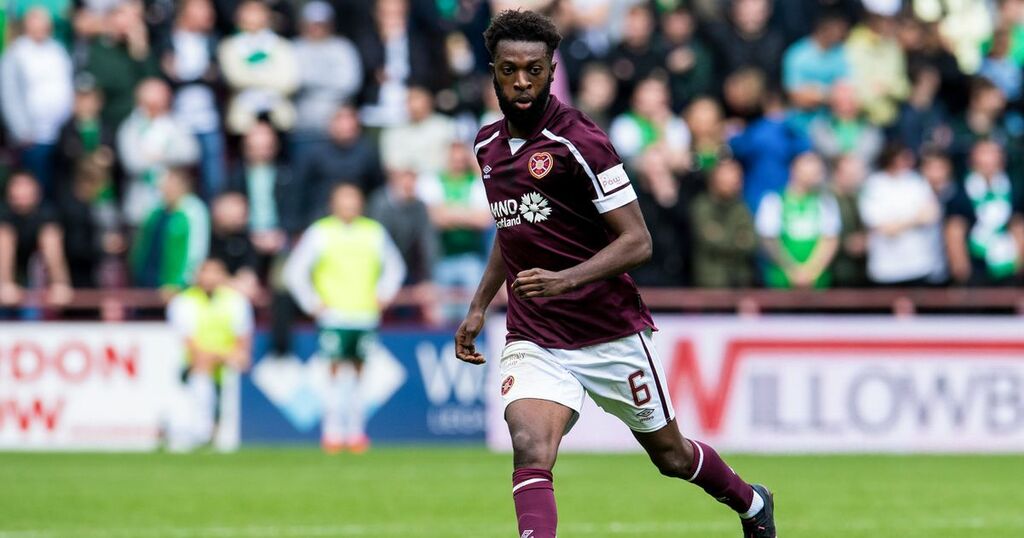 Robbie Neilson admits Hearts fans need to enjoy Beni Baningime while they can before bigger clubs try to sign him.

The 23-year-old has been a revelation for the Jambos since joining from Everton this summer on a three-year deal.

Baningime produced another man-of-the match performance against Hibernian in the Edinburgh Derby and Neilson concedes that his displays will attract attention.

He said: “He got man of the match again today. His work ethic, his ability on the ball and his composure is top.

“Beni’s going to have to get a bigger closet with all the prizes he’s picking up.

"He’s been exceptional from day one and as a Hearts fan I just want to see as much as I can because I have no doubt people will be looking at him just now.

“He’s come from England up to Scotland and lit it up.”

Baningime made his English Premiership debut for Everton against Leicester in October 2017.

It capped a remarkable story for the Congolese midfielder and former Everton defender and Hibs boss Alan Stubbs revealed that Baningime didn’t even have proper boots when he arrived at the Goodison Park side.

Stubbs said: “A lot of people won’t know this but when Beni first turned up at Everton he didn’t have a pair of boots that fitted him and we provided boots for him.

“It’s a great story. He came over to this country and didn’t have an awful lot and he’s done fantastically well and he’s a credit to himself.

‘His performance didn't surprise me. He’s a real modern day footballer. When you’re in that position there’s a lot of responsibility on you and the fact he’s doing it at a really young age bodes really well for him.”

Despite finishing goalless, it was a pulsating encounter between two unbeaten sides in the Scottish Premiership.

Ultimately, neither side could find a way past two inspired goalkeepers in Craig Gordon and Matt Macey but Neilson believes it was an exciting contest.

“I think both goalkeepers today did exceptionally well,” Neilson added. “The reason that both teams are up the top of the Premiership is because they’ve got good goalkeepers - you need them.

“We are so lucky to have Craig and Hibs have Macey as well.”

“It was a very entertaining match. There was a lot of excitement, it was very end-to-end and I quite enjoyed it.

“It was two good teams going gung-ho at it. Both teams were on the front foot and trying to win the game, which I thought was great to watch.