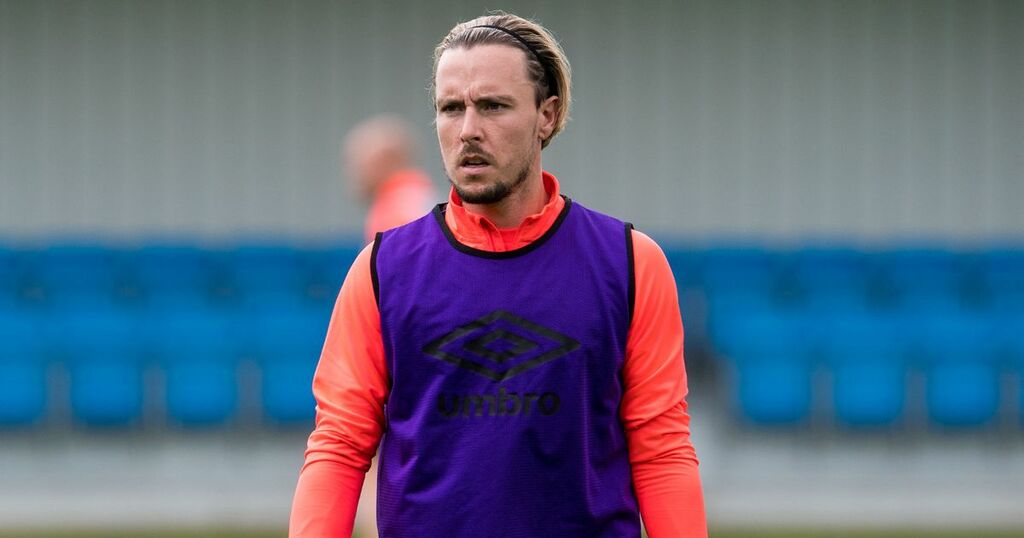 Robbie Neilson has backed Barrie McKay to force his way into the Scotland squad - driven by the lure of the World Cup.

The Hearts boss is delighted to finally have the former Rangers man on board at the third time of trying.

Neilson reckons there are few better wingers in Scotland than McKay when he’s in full flight.

And he insists the 26-year-old can use the platform at Tynecastle to catch Steve Clarke ’s eye and add to his solitary cap won in a friendly defeat to France in 2016.

Neilson said: “I certainly think he has the ability to do it. Coming here and getting the stability of playing regularly will give him a right good chance.

“When Barrie is at the top of his game he is one of the best in this country.

“I would think the lure of a potential World Cup would be there for a lot of the players in this league and especially in this club.

“We speak about it at times - get yourself in that squad and hopefully get to a big tournament if we can get there.

“I’m delighted to get Barrie’s deal over the line.

“These areas are key and you can’t run a whole season with two wingers - you need four, five, maybe even six.

“They pick up injuries off tackles, contact injuries like Gary who has been struggling for the last few weeks and Josh Ginnelly is the same.

“You need guys who can come in and play the 60 and someone else does the 30.

“Thankfully we’ve managed to get it done.”

Meanwhile Neilson has no concerns about throwing any of his Hearts new boys straight into the heat of the Edinburgh derby - because they’re all big game hunters.

The Hearts boss got one over leaders Hibs ahead of the top of the table derby by being named Premiership manager of the month on Friday.

Now he’s desperate to gain capital bragging rights on the park too and leapfrog Jack Ross’ side at the top in front of a packed Tynecastle.

Summer signings including Benni Beningame, Ben Woodburn, Taylor Moore and McKay could all play some part in the game.

And Neilson has no concerns they’ll get stage fright.

He said: “It’s a derby, the players know all about it.

“And of the players we have brought in Benni Beningame has played in front of a full house at Goodison.

“Ben Woodburn has played for Liverpool. Taylor Moore played in front of full houses at Bristol.

“These are guys who have played in this kind of atmosphere so they won’t be fazed.

“If anything, it will make them even more up for it.

“When the fixtures come out you look at the first few games and then when the first derby is.

“We’d a couple of big home games first, Celtic and Aberdeen, which have set us up really well for this.

“These games are usually pretty gung-ho right at the start, you have 20,000 people there screaming and shouting.

“That brings an intensity to the game and you have to try and find a way to win it.