It was the first gig on his Australian tour. He shook out a few new tunes with his road band - Andy Hess on bass, Jovan Quallo on sax and Doug Belote on drums.

The night was an exploration of new, with songs from his Pure instrumental album, produced last year, and old, as he laid down some blues classics like Automobile and Baby Please and Black Night.

A few of the songs were so new this was the first time in front of an audience.

The mix included Cotton Candy, What Haven't I Done, and Tangle With You from his 2018 Purple House studio album. Cotton Candy is a big blues swagger, which was a big part of the mood he fed to the full house.

Ford's combination of jazz and blues is offered up like the dishes at a five-star restaurant, where the menu just lists the ingredients of the dishes and leaves it to you to interpret what you're tasting.

Ford would kick off a song, laying down a wicked and clean track on guitar, Quallo responding on sax, adding to the story and weaving new lines and Ford would come back with a response. Finely practised. Or finely ad libbed. Both.

Hess was in constant motion, laying down a beat for others to play over.

Belote checked in with some jazz-oriented solos.

Their tight style meant the interaction rarely stopped - it was always all players on deck, supporting the solos, keeping the flow moving.

Ford and the band played an encore, finishing the night in a blitz of blues. Nobody left the room. They'd waited a long time for this show. It did not disappoint. 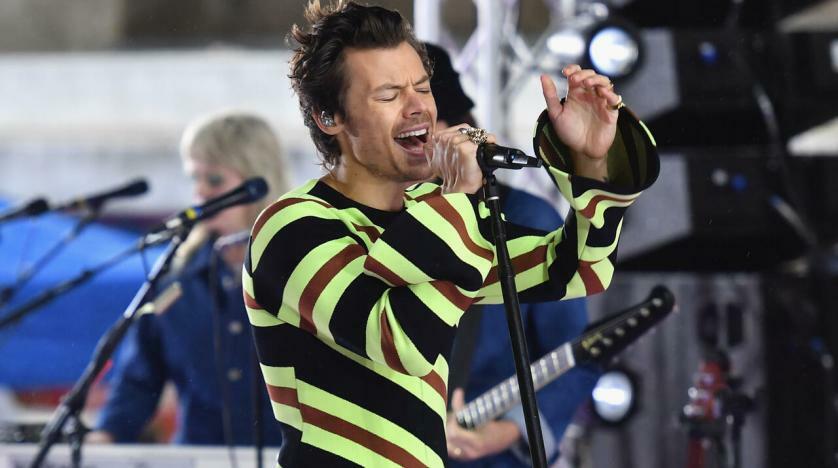 Vulnerable, Carnal and Ever the Charmer, Harry Styles Returns with New Album
Pop sensation Harry Styles is set to release his third album Friday, a balmy collection whose twangy synths and soft…

Asharq Al-Awsat
One subscription that gives you access to news from hundreds of sites
Summer of ’72: How ‘The Godfather,’ the Rolling Stones, a chess battle and more shaped pop culture
In the summer of ‘72, “The Godfather” made moviegoers an offer they couldn’t refuse.

Singer, songwriter and artist who was a quick-witted ‘master of the revels’ during Bob Dylan’s 1960s rise to worldwide fame