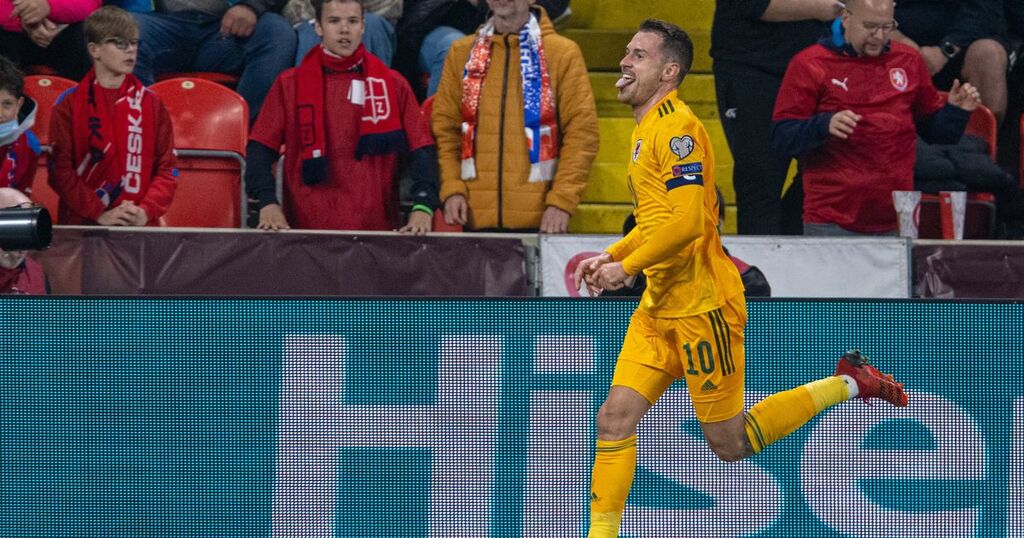 Rob Page says Wales will be gunning for goals as they bid to strengthen their hopes of finishing second in their World Cup qualifying group by beating Estonia.

The Red Dragons drew 0-0 with the nation ranked 111th in the world by FIFA in last month's meeting between the sides at Cardiff City Stadium.

However, following a gripping 2-2 draw with Czech Republic in Prague on Friday night, Wales are hopeful of clinching all three points against the Estonians in Tallinn as they hope for a slip-up from the Czechs, who face Belarus on the same night.

The race for runner-up spot in Group E could yet come down to goal difference as Wales look to give themselves the best chance possible of securing a home semi-final in next year's play-offs.

And Page has stated Wales will look to maintain the attacking intent they showed at Sinobo Stadium last time out when it comes to their contest with Estonia at Le Coq Arena.

"That's why we're disappointed we didn't score three against the Czech Republic because it might come down to that," he said when asked about the tightness of the group.

"We're approaching every game that we want to win it. We've got three tough games left but we plan to win every game of football.

"We’ve set the bar high now and we have to match those standards game in game out."

READ MORE: How 2022 World Cup qualifying and the play-offs work

Aaron Ramsey netted his 18th international goal during the contest with Czech Republic in what was his first outing for his country in the 2022 World Cup qualifying campaign.

He will once again captain the visitors on Monday night due to the absence of regular skipper Gareth Bale who is currently sidelined with a hamstring injury.

And following a frustrating start to the season at Juventus - where he has made just four appearances this term - Ramsey admits it was a relief to play a full game in the yellow of Wales in Czech Republic.

"I really enjoyed myself out there. I was frustrated to miss the camp earlier on in the season," said the 30-year-old.

"The boys played really well. We played the way we set out to and we created opportunities. We enjoyed it and it was nice as well to be back in front of the fans again."

Wales have no fresh injury concerns ahead of the game in Tallinn.