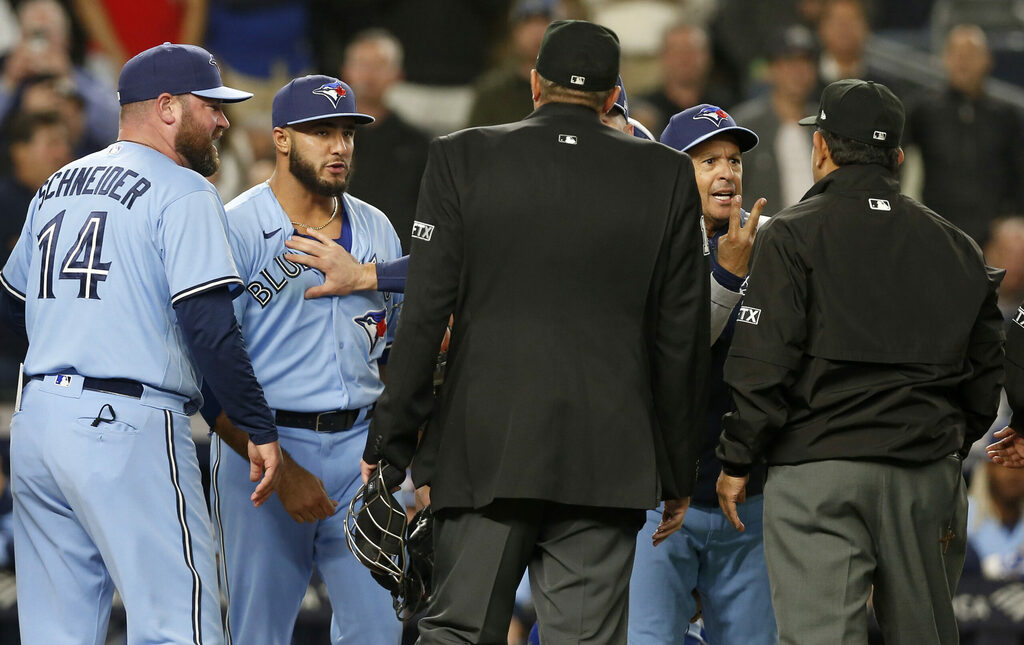 MLB needs to suspend these two awful umps from Tuesday’s Blue Jays-Yankees game
Enough is enough, MLB. Do something!

USA Today Sports Media Group
Alex Cora, Kevin Plawecki ejected as Red Sox walked off again in painful loss to Braves
Another night, and yet another gut-punching loss for the Red Sox.

What an awful, game changing call!

Rob Manfred is apparently content with letting the horrific umps ruin MLB, which stinks for all of us

This is the online version of our daily newsletter, The Morning Win. Subscribe to get irreverent and incisive sports stories, delivered to your mailbox every morning.

Rob Manfred is the worst commissioner in sports and it seems like he’s pretty content with letting umpires ruin the sport of baseball, a sport that so many people love.

Why do I say that? Because night after night this season we have seen umps make horrible, game-changing calls and nothing ever gets done to them for doing it. There is zero accountability. Nothing gets said from above, at least publicly. Life goes on and fans just have to sit there and take it.

The umps stink, which stinks for fans, players, managers, and anyone who enjoys seeing people be good at their jobs.

Last night Red Sox manager Alex Cora and Red Sox catcher Kevin Plawecki were ejected after they rightfully yelled at the home plate ump for called third strike that clearly wasn’t a strike. This happened with two outs in the sixth inning and the bases loaded in a 3-3 game. It was a huge moment in the game and the pitch was clearly low and out of the strike zone but Adam Beck rang up Plawecki and the inning ended. The Red Sox went on to lose the game 5-3 and Beck went on his merry way.

Tuesday night in the Bronx the umps made a mockery of the Blue Jays-Yankees game in a performance that had so many fans calling for the whole crew to be suspended.

Last week ump Dan Bellino acted like a child while ejecting Madison Bumgarner as he walked back to the dugout after the first inning.

Oh, and Angel Hernandez continues to be very bad at his job every time he steps behind the plate.

I could go on and on here with more examples of umps being bad this year but I think you catch my drift – it’s been an abysmal season so far for the guys in blue and games are being ruined because of it.

Someone within MLB must do something. Start handing out fines or suspensions and let fans know about those punishments because fans, who spend their hard-earned money on these games, deserve to know that something is being done and that these lousy umps are being held accountable when the screw up.

Or let’s just finally move on to robot umps and be done with humans making horrible calls.

If not, baseball can apparently just continue to sit back and just laugh in the faces of all the fans who have to watch this embarrassing stuff every night. Because if you’re not handing out public punishments then that’s exactly what baseball is doing – not giving a you-know-what about the people who love the game.

Do something, Rob Manfred.

– The Warriors lost by 39 points last night and Draymond Green had some fun dancing toward the end of the game, which was pretty great.

– Tacko Fall, who is 7-foot-6, was sitting in the front row for Celtics-Bucks game last night and NBA fans felt so bad for everyone sitting behind him.

– You need to see this sinker by Yankees reliever Miguel Castro that broke 25 inches and was 99 mph. Totally insane.

– The NFL schedule gets released tonight and here are all the games that have been confirmed already. 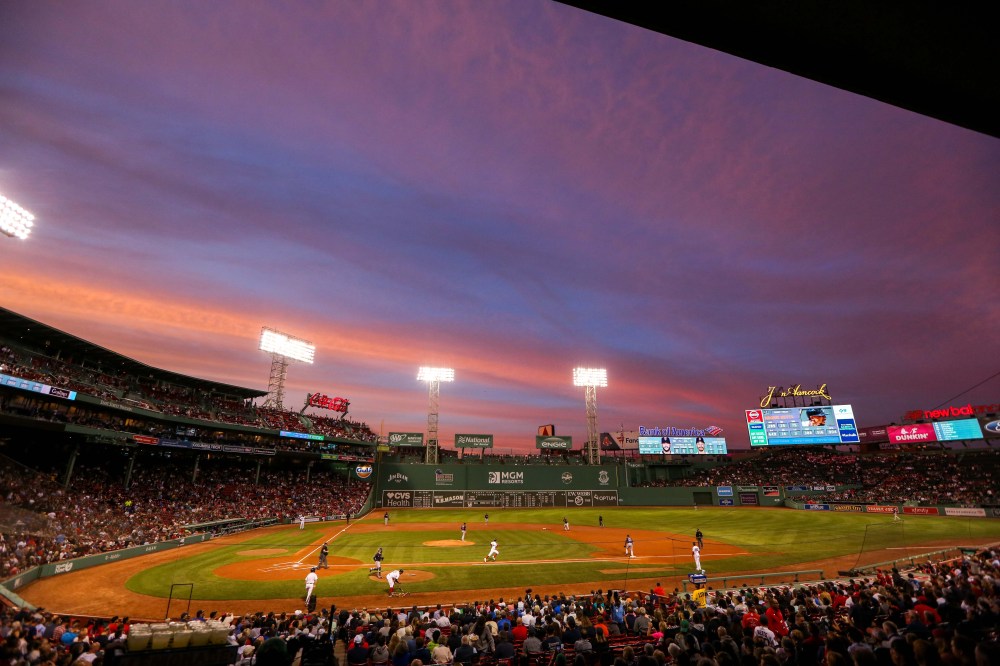 MLB needs to suspend these two awful umps from Tuesday’s Blue Jays-Yankees game
Enough is enough, MLB. Do something!

USA Today Sports Media Group
Alex Cora, Kevin Plawecki ejected as Red Sox walked off again in painful loss to Braves
Another night, and yet another gut-punching loss for the Red Sox.

What an awful, game changing call!