Roadworks and rammed buses: We took Leigh guided busway and we were late for work

Fleeting through towns on the guided busway and flying past snaking queues of cars in the bus lane was still not enough to get to Manchester within 45 minutes on the V1. The infamous purple bus that goes from Leigh to Manchester via Atherton, Tyldesley and Salford was launched back in 2016 and has come under fire in recent months.

First and Transport for Greater Manchester have been urged to do something about the service which has seen dozens unable to catch their desired bus to work in the morning or when coming home. Full buses have been flying past commuters who have had to wait for four more buses at times before being lucky enough to board.

The journey started at the park and ride in Leigh, but it would be more than an hour before the V1 reached St Peter’s Square in Manchester.

The live departure times board at East Bond Street was broken, a sign of things to come as the 8.15am bus began its journey. Streaming down the guided section of the route behind hundreds of houses in Atherton, Astley and Tyldesley.

There were people standing about 10 stops into the journey, before the bus turned onto the East Lancs road. The crop of passengers consisted mainly of Manchester commuters, but also school children and university students.

This is where you see the full benefit of the bus lanes as you stream past traffic, watching snakes of queues left in your wake. However, one Leigh resident said that it looked like ‘chaos’ in the morning on the bus, so opted to drive - referring to the packed look of all the people standing up.

Matt Plested told the Manchester Evening News about his long wait for a bus home, he said: “Have stood nearly an hour before waiting for a V1 to stop.

“Given up and now drive to work.”

After a stretch of roadworks outside Salford University's Frederick Road Campus slowed the journey significantly, the V1 managed to get to St Peter’s Square for 9.20am. Not quite the 45 minutes promised when the service was launched.

The bus was comfortable, with USB chargers and big soft leather seats. However, there was a capacity issue on the 8.15am bus, so for those wanting to get to work for 9am you need to go earlier like passenger Cat Beales who got on at 7.30am, she told the M.E.N she had ‘endless problems’ - something all too familiar.

The issues this bus service faces is in relation to capacity, it is obviously popular because there is high demand, but campaigners like Coun Stuart Gerrard have stated if a bus is going past people it is ‘neither use nor ornament’. “We have to have a full service,” Coun Gerrard said.

“They have taken off the three other services that used to be direct from Atherton to Manchester, now we have none. We have businesses feeling the knock on effect on the basis that people are parking in Atherton to get further up the route to catch the bus.

"It is supposed to take cars off the road but it doesn’t. It’s alright if you have this bus service but if they just go past people it is neither use nor ornament.”

A petition has even been launched by Mark White to make improvements. The petition focuses on the matter of buses leaving people stranded at bus stops en route home, and is aimed at First and Transport for Greater Manchester.

It already has more than 620 signatures. For many in the Leigh area of Wigan, with no tram or train services, this has become a vital service to get to work in the city.

One service user called the return journey home on the bus a "shambles", having regularly seen buses go past him. Another went one step further to suggest that overcrowding in the Greater Manchester region means we need to reinstate the old railway lines and put more on the trains.

Leigh did have a railway station many decades ago but was closed in 1969. This came as the Government at the time focused on road infrastructure.

A spokesperson for First Manchester, responding to the criticism, said: “We are aware there has been pressure on bus capacity at certain times of the day and continue to work closely with Transport for Greater Manchester to find ways of alleviating this. From tomorrow, two trips will be added in the morning from Ellenbrook and one in the afternoon peak travel period from Princess Street to provide more space for customers and we will monitor the situation carefully.

“Existing roadworks on this route, which are outside our control, are also impacting journeys and disrupting punctuality and we are discussing how this might be resolved. We would like to thank our customers for their patience and understanding as we continue to agree actions with our partners to overcome these short-term difficulties.”

TfGM's interim Head of Bus Services, Alison Chew, said: "The Vantage services that operate along the guided busway provide a quality experience for the thousands of people who use them each day. We have seen steady growth in numbers as more people return to public transport following the pandemic and have responded by adding three additional V1 journeys, that have started today, to help meet this additional demand.

"We are continuing to review usage across the route, particularly around the busiest periods, to ensure that the service pattern best meets demand and are committed to working with the operator to ensure we provide the best service possible for all those who rely on it." 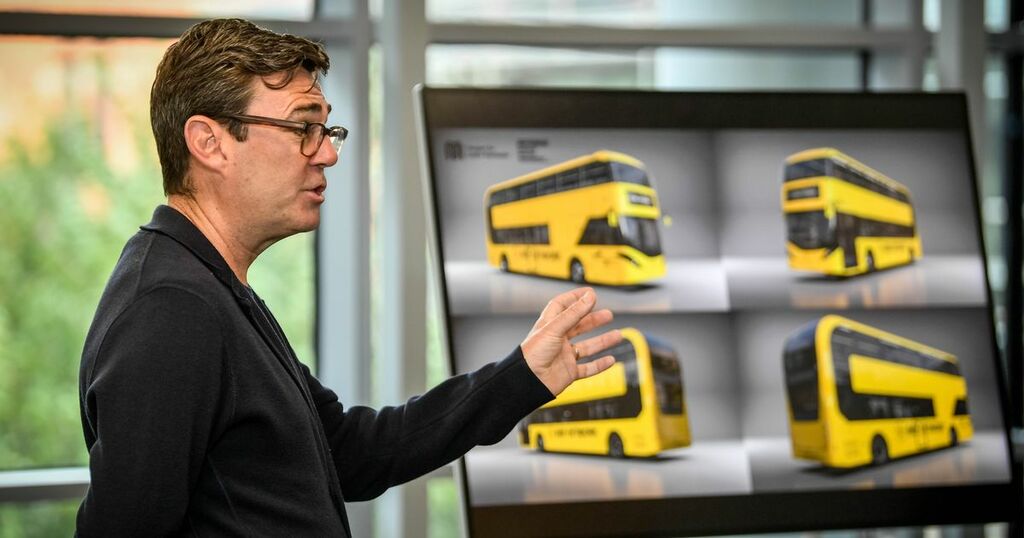 Police were called to the scene just after 1am this morning

The rider of the motorbike, a teenage man, remains in hospital for treatment

A "chronic shortage of drivers" is causing the issue