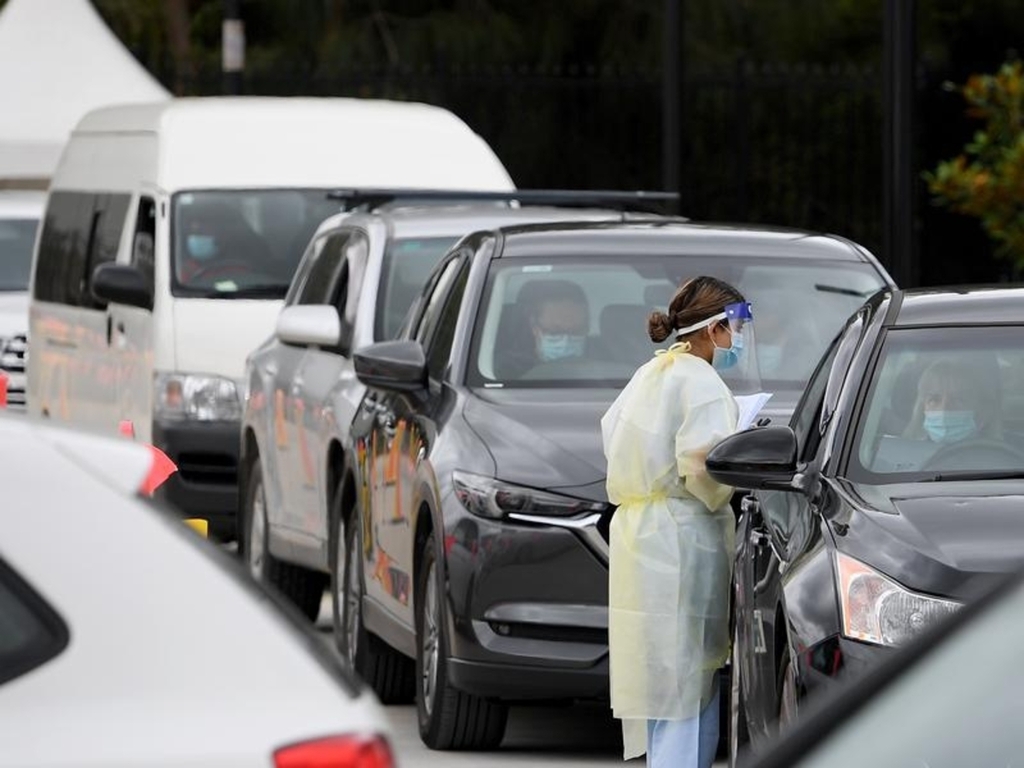 A man is seriously injured after being assaulted at a COVID-19 testing clinic in Sydney's west.

The 55-year-old man was at a drive-through COVID-19 testing clinic at Auburn on Tuesday afternoon when he became involved in a verbal dispute with a younger man who had also driven into the clinic.

Police say the younger man got out of his car and dragged the older man from his vehicle then repeatedly punched and kneed him before driving off.

Police want to speak with a man described as being in his early 20s, of Middle Eastern appearance with a thin build and long hair tied in a bun.

He was wearing a blue and gold sleeping gown.

The man was driving what is believed to be a 1996 light-blue Diahatsu Charade with a red P-plate.

The 55-year-old man was taken to Auburn Hospital with a fractured hand, cuts to his face, and bruising to his ribs.

Anyone who witnessed the incident or has mobile phone or dashcam footage is urged to contact police or Crime Stoppers.