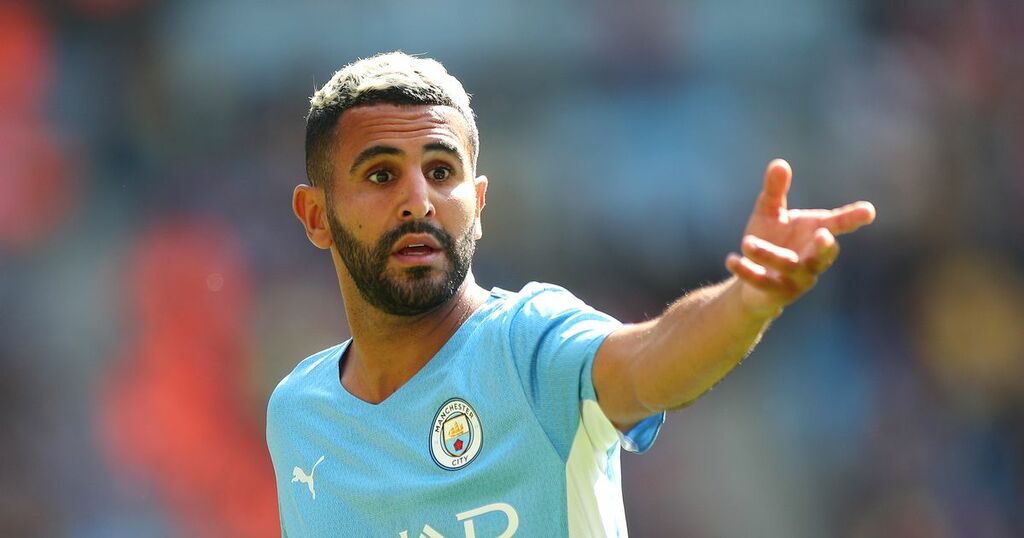 Fresh from being named on the initial 30-man shortlist for the 2021 Ballon d'Or, Manchester City winger Riyad Mahrez sent a timely reminder to Pep Guardiola as to why he has made such a prestigious list.

The former Leicester City man, who is one of five City players to have made the initial list of candidates for the ultimate individual prize in football, scored two goals on Friday night to help Algeria cruise their way to a 6-1 win over Niger in their latest 2022 FIFA World Cup qualifier.

On a night that saw fellow former Leicester man Islam Slimani become Algeria's all-time leading goalscorer, also by scoring a brace, Mahrez netted one of the best free-kicks that you are likely to see all season, bending home an outstanding left-footed effort right into the top corner from distance.

At this point you may be saying to yourself, 'it was only against Niger, what's so special about that?' But the truth is, it was an outstanding goal and optimised what Mahrez - so often a luxury player - is all about.

Despite being City's star man in pre-season, scoring three goals in three games against Preston North End, Barnsley and Blackpool, respectively, the Algerian, who scored 14 goals in all competitions for City last term, has not seen as much football as he would have liked so far this season, making just five Premier League appearances, with four of those coming from the substitutes bench.

In all, the 30-year-old, who is so often a magician with the ball at his feet, has made nine appearances for City in all competitions this season, scoring four goals. On initial reflection, those two stats do not make bad reading. But when you take into account that two of those goals came in the 6-1 rout against Wycombe Wanderers in the Carabao Cup it soon becomes clear that the City ace has not been as involved as much as you would expect for a player of his talents.

Out wide, Guardiola has a plethora of options to choose from. The former Barcelona chief finds himself in a situation that the other 91 managers that make up England's top four tiers could only dream of. To name just a few, the Catalan has Raheem Sterling, Jack Grealish, Phil Foden, Ferran Torres, Gabriel Jesus and Mahrez available to him for who can play on either flank.

Up until recently, the front three had mainly been built on Jesus playing down the right, which came as a huge surprise to almost everyone, Torres down the middle, another surprise, and Grealish being deployed on the left. However, Foden's recent return from injury saw him take up residency on the left against Liverpool last weekend, moving Grealish inside and into the false nine role.

With that in mind, Mahrez is probably now waiting for Jesus to falter and lose his place on the right, even though the Algerian finds himself in the exact same position as Sterling, in the sense that they are both champing at the bit to force their way back into the starting line-up on a regular basis and become key figures in Guardiola's thoughts once more.

Sterling, however, will also be looking to use this current international break to his advantage. The former Liverpool man has, without a doubt, been England's star man this calendar year and will be looking to use tonight's clash with Andorra and Tuesday's meeting with Hungary as opportunities to show Guardiola what he can add to this City side.

But it isn't just Sterling who will be out to impress. Foden and Grealish are also in the England squad, whilst Jesus has joined up with his Brazilian team-mates and Torres has the UEFA Nations League final with Spain to look forward to on Sunday evening.

With that said, Mahrez has played his part in Algeria's first outing of this international break, now it's down to his City compatriots to see if they can shine as brightly on the international stage. Should they fail to, Guardiola may just wish to think about mixing up his team, as he so often does, and propel Mahrez back into the baptism of fire again, as he looks to kick-start his season at club level.