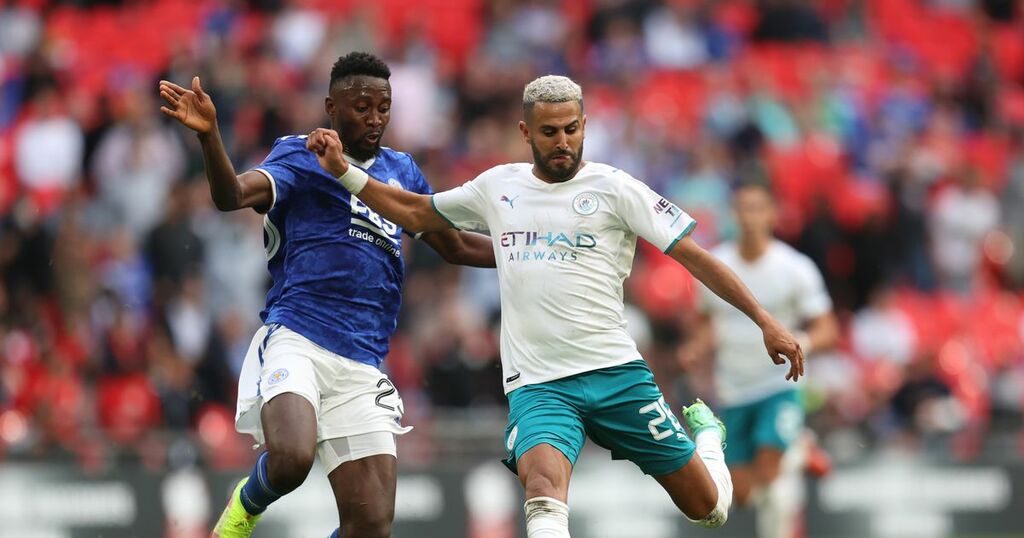 Jack Grealish was the recipient of plenty of pantomime boos when Manchester City took on Leicester City in the Community Shield at Wembley last month.

But the England attacker’s British record transfer tag could not prompt anywhere near the amount of venom that the Foxes faithful reserved for Riyad Mahrez.

Algeria winger Mahrez joined City for what was then a club-record £60million in July 2018, an attempt to extract him from the east Midlands having failed that January.

In the aftermath of the initial bid, Mahrez failed to turn up for training at Leicester, something that clearly leaves a lingering bitter taste for the fans who swooned as - along with the likes of Jamie Vardy, N’Golo Kante and Kasper Schmeichel - he inspired the club to their incredible 2015/16 Premier League title win.

His initial return was lapped up by the locals at the King Power Stadium as Mahrez was thrown on to try and salvage a point in December 2018. He was unsuccessful and Leicester emerged with a 2-1 win.

City shook off that disappointment to go toe-to-toe with Liverpool and emerge as champions in 2018/19.

Mahrez’s role was marginal, however, as he struggled to adapt to life under Pep Guardiola and was an unused substitute when Vincent Kompany unforgettably brought the house down at the Etihad Stadium in the penultimate game of the season.

Clear improvements in terms of output and application have since established Mahrez as a key man for Guardiola and he scored the equaliser in a 3-1 win over his old employers in Manchester in December 2019. Similarly, he netted a wonderful opener in the fixture last season, only for City to be ransacked in a shocking 5-2 loss.

Back on his old stomping ground, Mahrez laid on Gabriel Jesus for the only goal in February 2020 - a game that immediately preceded the magnificent 2-1 win over Real Madrid at the Santiago Bernabeu.

Guardiola’s men battled to a 2-0 victory at Leicester last season, although it was an afternoon of personal frustration for Mahrez.

The wide forward was involved in plenty of City’s best work but failed to find the net from three attempts that added up to an expected goals (xG) tally of 0.9. According to FBref, that was Mahrez’s highest xG figure in any game where he did not score last season.

He was substituted in the 79th minute to familiar catcalls and provoked comparable mirth when missing a glorious second-half chance as Leicester prevailed 1-0 in the most recent meeting at the national stadium.

Gabriel Jesus' excellent early season form means more bench duty for Mahrez on Saturday. He would dearly love to come on and settle what promises to a tight contest, and enjoy the last laugh in the process.

Where do you think Riyad Mahrez ranks in City's best signings under Pep Guardiola? Follow our City Fan Brands Editor Dom Farrell on Twitter to get involved in the discussion and give us your thoughts in the comments section below.