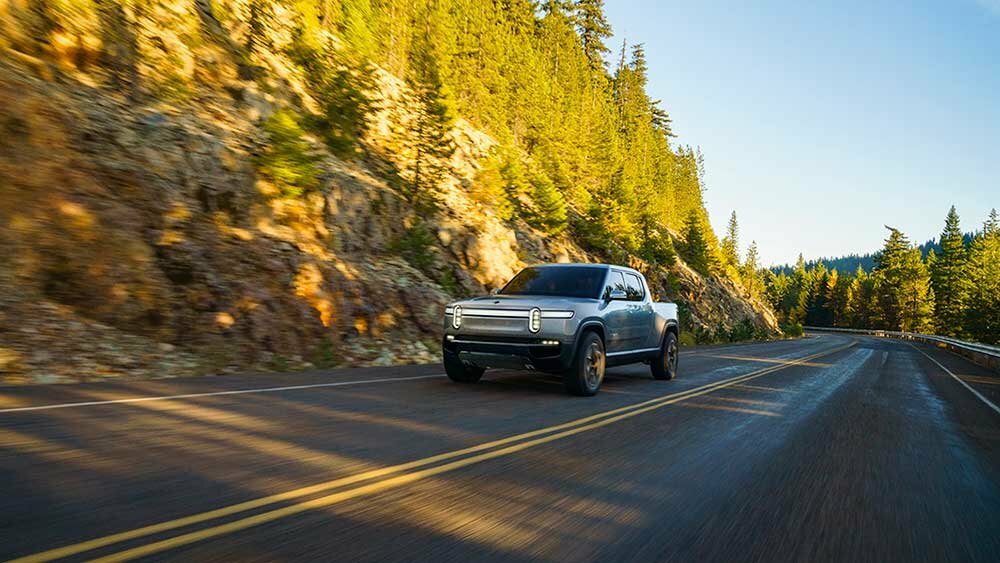 Amazon- and Ford- backed Rivian beats Tesla and General Motors to the punch, as the EV market for electric trucks heats up.

Rivian CEO RJ Scaringe tweeted with photos Tuesday that the first R1T came off the assembly line at its Normal, Ill., plant that morning.

"After months of building preproduction vehicles, this morning our first customer vehicle drove off our production line in Normal! Our team's collective efforts have made this moment possible," he said. "Can't wait to get these into the hands of our customers!"

Media reports say Rivian has received regulatory approval to begin selling and delivering both its R1T pickup truck and R1S SUV in all 50 U.S. states. The vehicles are fully certified by the National Highway Traffic Safety Administration, the Environmental Protection Agency and the California Air Resources Board, the company confirmed to IBD in an email.

Production of the R1T comes amid Rivian's plans to go public around the end of November. Rivian reportedly is seeking a valuation of around $80 billion, topping GM's market cap of around $72 billion and Ford's market cap of about $53 billion. However, it would still be far below Tesla's $705 billion valuation. The Irvine-based company is said to be aiming for an IPO around Thanksgiving.

Rivian appears to have overcome supply-chain issues that have previously delayed production of the R1T. Its most recent update targeted September as the start of deliveries. Rivian expects to deliver 20,000 vehicles in 2021. It projects doubling that figure for 2022.

Tesla CEO Elon Musk said Cybertruck production won't begin until late 2022, with volume production not until late 2023. That could reflect issues with mass producing 4680 batteries, key to making the Cybertruck and the long-delayed Semi and Roadster viable.

Meanwhile, GM plans to begin production of its high-end EV Hummer later this year. General Motors will follow up with a Silverado EV as well as a GMC electric pickup for 2023. Ford's first electric pickup, the F-150 Lightning, is coming in spring 2022.

Nikola showcased its production line at Iveco's German plant Wednesday, Bloomberg reported. The first battery-electric models will be delivered to customers in the U.S. early next year, with a fuel cell version slated to follow by the end of 2023.

Nikola hopes to change the negative narrative surrounding its business recently. Founder Trevor Milton stepped down as executive chairman in September after pleading not guilty to fraud charges in July.

Nikola shares fell 1.5% to 9.76 on the stock market today. NKLA stock is trading near all-time lows, according to MarketSmith chart analysis.

Among other carmakers with a growing EV slate, GM rose 2.3% and Ford stock rose 2.6%.