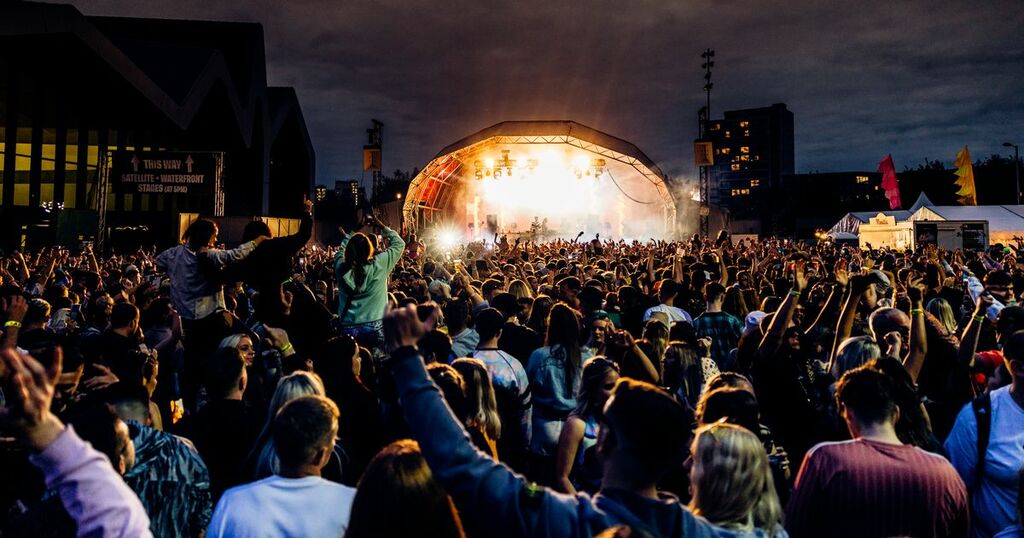 After more than two years since it was first forced to reschedule due to the Covid-19 pandemic, Glasgow’s Riverside Festival welcomed back eager fans to the grounds of the Riverside Museum on the banks of the River Clyde.

Electronic music lovers were not disappointed as they were joined on the sight of the iconic Zaha Hadid designed museum by a diverse selection of the world’s most trailblazing dance artists for the 8 th edition of the festival.

The festival spanned over three days, from September 3 to 5, with the organisers being the popular event deciding to make up for lost time by adding an extra day for the first time in the festival’s history.

Fans excitedly gathered close together, as live music made a triumphant return after an overwhelming silence that has encased Scotland’s venues and outdoor spaces for almost two years.

This weekend’s bustling festival saw a huge return for the live music scene in Scotland with huge names such as Jamie xx, Disclosure, Jayda G and Skream gracing fans with their unforgettable sets.

The anticipation could be felt as Glasgow was greeted with a dazzling sunset each of the three nights, with the strobe lights from the stage a welcome sight on the city landscape after so much time.

Festival director, Mark MacKechnie, said: “It’s been an absolutely amazing weekend. After what has been over a year and a half of hard work and planning, it’s brilliant to see everyone finally get to enjoy the festival they deserve.”

He added: “As Scotland’s first festival back and Riverside’s first three-day event, everyone – crowd and artists alike – has gone above and beyond to cement this year’s festival as one of our best to date.”

It was Glasgow’s own techno pioneers Slam who took to the stage on the final night of the festival to debut their brand-new hybrid concept, which went down a treat with gig-goers.

As if Riverside could not offer anymore, each night after the festival had come to a close, the DJ’s from that day headed over to Glasgow’s SWG3 warehouse for an exciting after-party. Fans were able to purchase this as a separate ticket so that the party could continue long into the night.

With live music well and truly back, Riverside has set the stage for gigs and the upcoming TRNSMT festival in Scotland, which is set to run from Friday September 10 to Sunday September 12.

Still not got tickets for TRNSMT? You can purchase here.