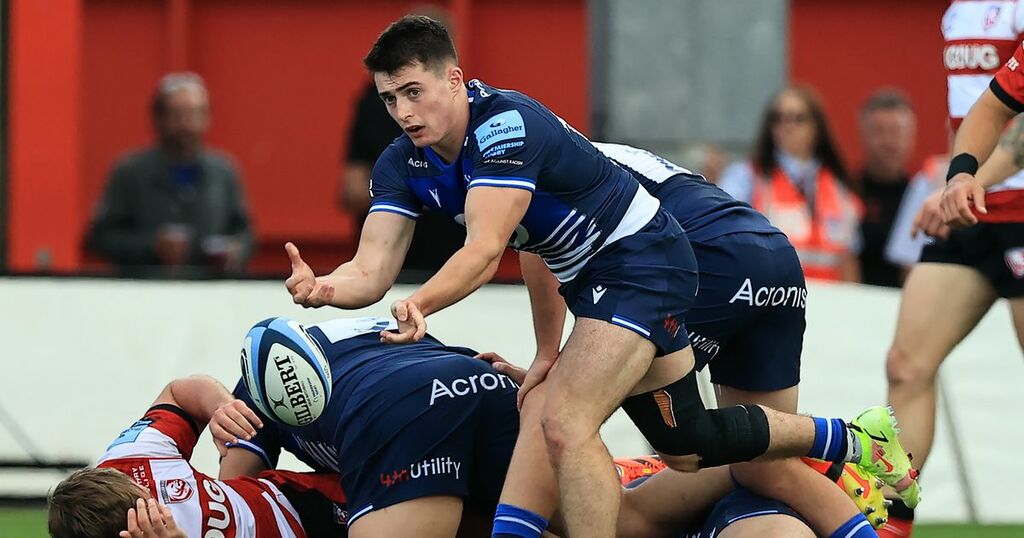 Raffi Quirke admits he is missing Faf de Klerk - but may well have to get used to the South African not being around for a while.

The young Sale scrum-half has been handed his chance to show just why he is one of the most highly-rated English No.9s in the game during the opening few weeks of the Gallagher Premiership with the World Cup winner away on international duty.

However, the Sharks are anxiously waiting for the results of a scan on a hip flexor injury De Klerk initially suffered during the Lions series. If it needs surgery, he could be out for months.

And with Will Cliff also injured, that potentially puts 20-year-old Quirke in line for a long run in the side.

It has been a meteoric rise for the Chorlton lad, who only made his first-team debut in February as a substitute and has started just three games but has already shown enough to have been called up to England’s training camp for the Autumn internationals.

But the former Broughton Park junior and St Ambrose College pupil has been learning from the best on the way.

“I am missing Faf a bit now! He has been away quite a while,” Quirke told M.E.N. Sport.

“I knew my role at Sale last year, it was to come on off the bench, be a bit of a livewire and bring lots of energy when Faf was starting to burn out a bit.

“And he backed me in everything I did. He gave me good comments before games, and if he saw I was a bit quiet or down, he would always come and speak to me.

“We would watch clips of games back afterwards and he picked up stuff that I would never notice or even think of looking at myself. He could see it clearly.

“There is nobody better really to be learning from - a World Cup winner, a Lions series winner.

“You get so used to seeing on TV the professional side of the game and think everybody is at their peak performance all the time. But when you get into the environment you realise everyone is different. People train differently, people prepare differently. And that helps you out a bit.

“A big strength of Faf’s is that if something goes wrong, he moves past it by going to do something brilliant next.

“That is something I am definitely trying to learn because I do over-think things at times and dwell on what I had done a few minutes before, but you can’t change anything that happened in the past, you just have to try and create something next time you get the chance.”

Sale have had a mixed start to the new campaign, winning just one of their four games. And they face unbeaten defending champions Harlequins on Friday at the AJ Bell Stadium on the back of a 33-32 defeat at Gloucester last time out.

But they will be boosted by the return of Lions star Tom Curry for the first time this season.

“I watched Quins on Friday and thought ‘bloody hell! This is a game of rugby,” said Quirke.

“But it is a good opportunity to rain on their parade. The rugby they play is great to watch. So we have a battle to match that.

“We got very lucky to get those two bonus points at Gloucester, and by our high standards that isn’t good enough.

“We were missing the physical edge we normally have over teams. At the end of last season we dominated teams, especially in defence. But last week Gloucester fronted up massively. It is all about trying to get that back.

“You learn a lot more from when you lose.

“And we have Tom back this week. He leads the team massively, you wouldn’t understand but you will see the difference against Quins.”