Coastal retreat in West Africa is a pressing problem. The contact between land and sea on coasts produces intense erosion and sedimentation processes. When erosion is more intense than deposits of soil and sand, the sea advances and the coastline retreats. This can be caused by intense storms, coastal works, sand extraction or the rise in sea level.

The United Nations has recently highlighted the impacts associated with sand mining, a problem with many environmental and social consequences.

Senegal provides an example of coastal erosion. Between 1954 and 2002, the country’s coastline retreated by an average of 2.2 metres per year, reaching three metres per year between 2014 and 2018. This coastal retreat is destroying houses, tourist buildings and fishing infrastructure, and leading to the disappearance of beaches and the loss of agricultural land.

The advance of the sea is also making groundwater more saline and unsuitable for human consumption and agriculture. In estuarine areas, an increase in salinity affects mangroves and fisheries .

It is important to know what is causing this coastal retreat so that responsibilities can be assigned for dealing with it. There are two dimensions, one local and the other global.

At the local level, some human actions can lead to coastal erosion and beach disappearance. The construction of breakwaters, often in response to erosion, alters the way the sea normally moves sand from one place to another. Although breakwaters solve local problems, they may create new ones: sand deposit in one area occurs at the cost of erosion in another.

Another problem in West Africa is illegal mining of coastal sand, mostly for construction. Sand is in demand, and beaches are an easy source of supply.

At a global level, this region is highly affected by climate change. A rise in sea level is becoming more and more pronounced . One of the impacts is an increase of coastal erosion, which affects agriculture, fisheries and tourism.

In a recent study we aimed to evaluate shoreline retreat in a 13km section of Senegal’s coast, in the Palmarin peninsula. We were looking for trends over time and causes.

The study showed an increasing retreat of the coastline over dozens of kilometres, with no local human action to justify it. The main cause is climate change. It is likely there will be significant impacts for the environment, the population and economic activities. There is an urgent need to develop an adaptation plan for this area.

We also assessed the risk of coastal retreat in the short and medium term future.

Our short-term estimates showed probable damage to villages, tourist camps and roads. There is also a significant risk that coastal erosion will connect the sea and the intertidal mud flat areas of the Saloum estuary. This would break up the peninsula into several islands, changing the way that erosion evolves, producing a decline of mangroves and thus threatening fishing. Mangroves are important spawning areas, so erosion affects fishing, an essential economic resource for the local population.

In the studied area there are currently no coastal defences or sand extraction areas. Therefore, coastal erosion cannot be attributed to human actions. On the other hand, sea level rise is indisputable and explains what is happening.

Lorries removing sand from a beach make for a media-friendly image, while a gradual rise in sea level by a few millimetres each year is much more subtle. Yet its effects are devastating. The advance of the sea on the coasts of West Africa can affect hundreds of thousands of people.

Action is needed at both global and local levels to mitigate the effects of coastal retreat.

Locally, works that alter coastal dynamics should be avoided and coastal sand mining should be controlled. Many countries already do this. In Senegal the mining code prohibits sea sand extraction, the gendarmerie combat illegal mining and the government conducts studies to find alternatives to sea sand.

But these measures, which may solve local problems, will not halt the current coastal retreat. Strong global action by all countries is essential to mitigate climate change by drastically reducing greenhouse gas emissions.

Local adaptation measures are also necessary to guarantee the future of the region and its inhabitants. Coastal defences are expensive and don’t stop beaches from disappearing. In many places, it will be necessary to consider moving the population away from the coastline to allow the formation of new beaches. Doing so will require large investments and land occupations, and may affect agriculture and biodiversity.

Climate change is a global process, but each country’s responsibilities are different. Therefore, adaptation to its effects must also be global, and its financing must be commensurate with those responsibilities.

West African countries must avoid the local causes of coastal retreat. But above all, they should get international support to adapt to the social, environmental and economic problems arising from climate change, a global problem for which they are hardly responsible.

Alvaro Enríquez de Salamanca does not work for, consult, own shares in or receive funding from any company or organization that would benefit from this article, and has disclosed no relevant affiliations beyond their academic appointment. 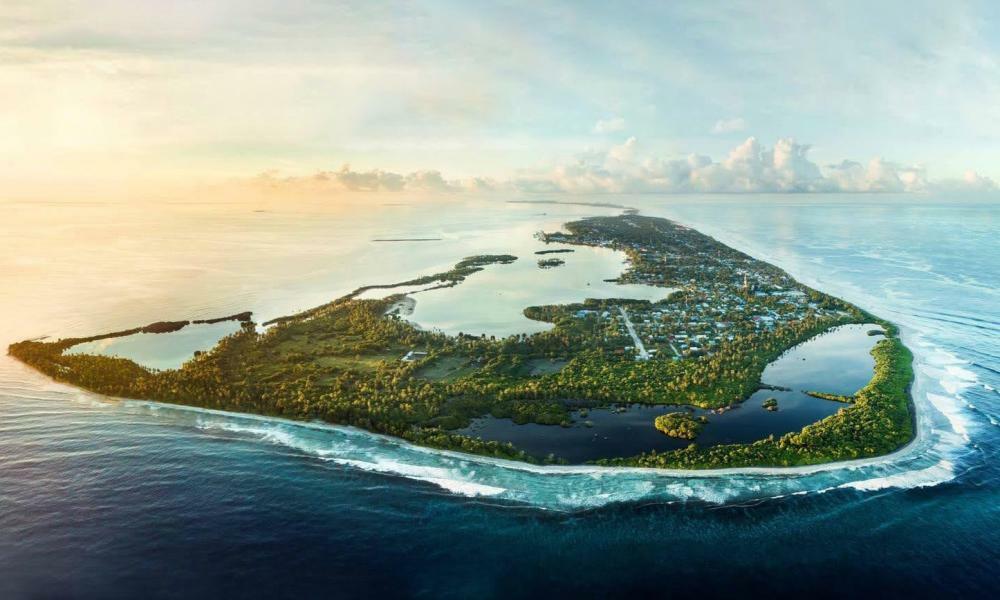 The Hindu
Holiday warning: Brits told to put up with miles of 'smelly, rotten sludge' on beaches