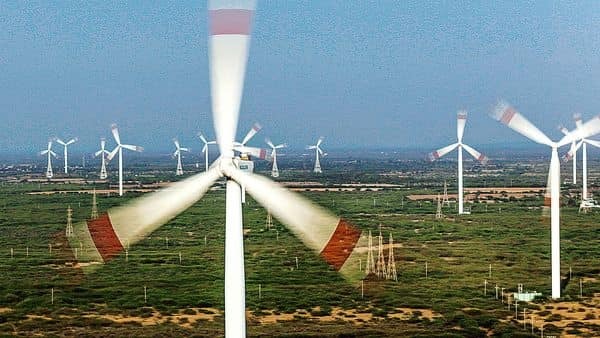 JSW Energy Ltd’s shares have had a stellar run this calendar year, rising more than 350% so far. The stock also touched a new high on Wednesday on the National Stock Exchange.

Rising power demand in India has brightened JSW’s earnings outlook, boosting investor confidence. Further, a steady increase in the number of power purchase agreements (PPAs) has improved the longer-term outlook of the company, which has outlined major expansion plans in the renewable energy sector.

Power demand in the country has continued on the recovery path, even surpassing the pre-covid levels. Data for August showed domestic power demand grew 4% month-on-month (m-o-m) and 18% year-on-year. Encouragingly, the thermal PLF or plant load factor edged up to 59% while thermal generation increased 4% m-o-m.

This is positive for JSW’s 4,600-megawatt (MW) installed capacity, dominated by thermal power. The firm now has PPAs for 90% of its capacities. Meanwhile, the firm is planning to ramp up renewable power capacity. JSW’s renewable-led growth is expected to reach 10 gigawatts (GW) by FY25 and 20GW by FY30. The construction of 2.5GW capacity is progressing at a fast pace with PPAs falling in place. It has PPAs in place for its entire 810MW solar capacity (SECI -IX) while 450MW (SECI-X) project would also see PPAs being completed in the current quarter.

Note that 958MW is for captive consumption at JSW Steel and the company has guided that another 240MW hydro capacity will be tied up soon with the power distribution company in Haryana.

JSW has recently been in the news for signing an initial agreement with the Maharashtra government for ₹35,500 crore investments in the renewable energy sector. These include the setting up of 1.5GW hydro-based power and 5GW wind power projects in the state.

No doubt, these initiatives are positive. Plans on green hydrogen production have added to investor confidence. Analysts at Motilal Oswal Financial Services, however, said that plans for green hydrogen are in the initial stages, and with little clarity on capital commitment and production. Also, even if successful commissioning of 2.2GW of renewable projects happens over the next 2-3 years, the current stock price captures this optimism adequately.