Rise of China will have major implications for Indo-Pacific: Jaishankar 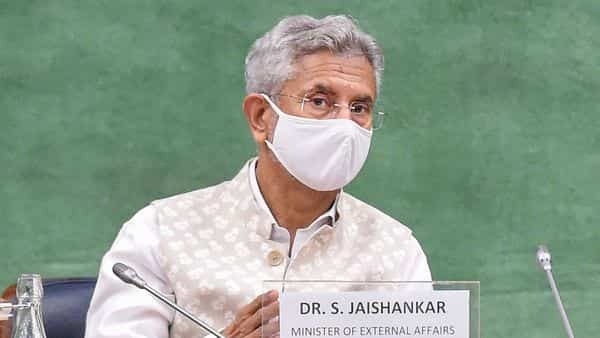 NEW DELHI: Indian foreign minister S Jaishankar has said the rise of China and its expansion would have major implications for the Indo-Pacific.

Delivering the JG Crawford Oration for the year 2021 at the Australian National University on Monday, the minister said "Let's be clear, this is not just about the rise of another power, however, major. We have entered a new phase of international relations and the full impact of China's re-emergence will be felt more than those of major powers."

The minister was addressing the session on the importance of the Quad virtually.

In his remarks, the minister cited the “strategic recalibration of the United States" and the “impressive growth of Chinese power" as the reasons for the emergence of the concepts of the Indo-Pacific and the Quad.

“These developments centring around the US and China are largely responsible for the concept of Indo-Pacific taking root so rapidly. The irony is that many of us who are perceived as taking the lead are actually coming to terms with a scenario that their actions have created," the minister said.

“Contemporary challenges required like-minded nations to work together, especially once the United States itself acknowledged the limitations of going alone. The Indo-Pacific, in that sense, represents the reality of globalization as much as it does the results of rebalancing," he said.

While the entire Indo-Pacific region grapples with different capacities and new approaches, some are likely to make more progress together than others, the minister said.

“The fact is that the days of unilateralism are over, bilateralism has its own limits, and as the covid reminded us, multilateralism is simply not working well enough. The resistance to reforming international organizations compel us to look for more practical and immediate solutions," Jaishankar said adding that this was what gave rise to the Quad.

The Quad, or the Quadrilateral Security Dialogue, is a strategic group comprising the United States, Japan, Australia and India. Its roots go back to 2007 but the resurgence of the idea in 2017 was seen as a strategy to counter China's growing influence in the Indo-Pacific region.