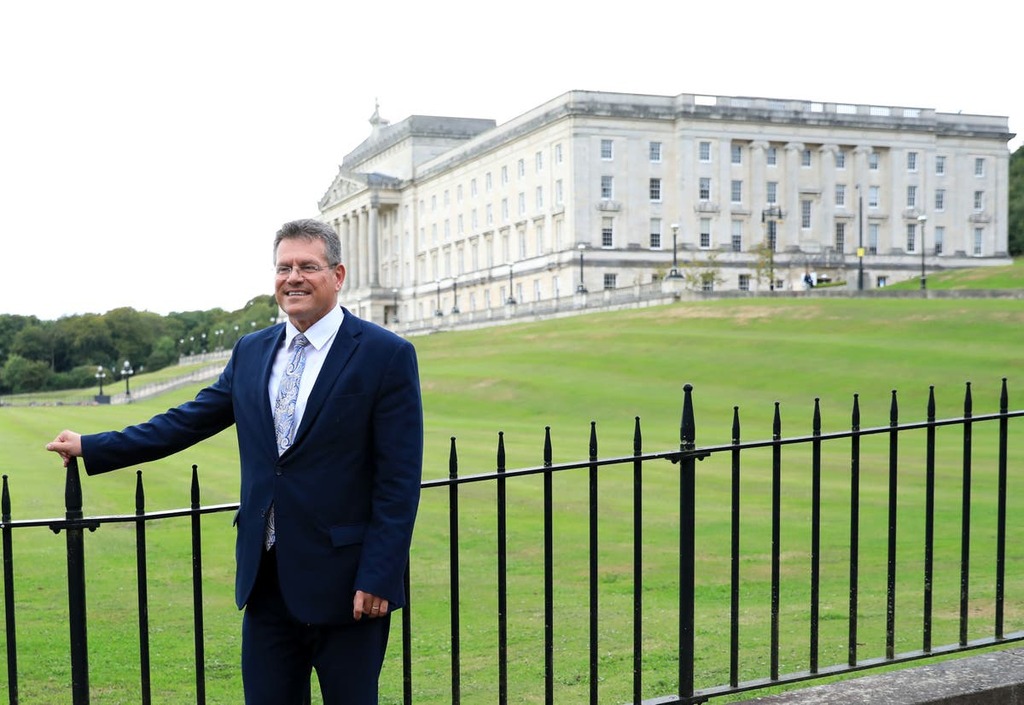 Ripping up post-Brexit trade rules would punish Northern Ireland, an EU leader has warned its people, as he again ruled out a renegotiation.

Warning the UK demand would bring “instability, uncertainty and unpredictability”, the Commission vice-president Maros Sefcovic also said it would be bad for the economy of the province.

“Doing this would effectively mean cutting Northern Ireland off the EU’s single market and related opportunities,” Mr Sefcovic told an audience in Belfast.

“Instead, let’s see what can be done to further ease the supply of goods. And let’s see how to involve the people of Northern Ireland in our discussions on the implementation of the Protocol.”

The speech underlines how the UK and EU remain on a collision course, despite Brussels agreeing, this week, to shelve some checks and red tape for trade across the Irish Sea.

There is an indefinite delay to a ban on the sale of chilled meats and checks on goods of animal origin entering Northern Ireland from Great Britain, which would have imposed significant new paperwork.

But the UK has gone much further, by demanding a rewriting of the Protocol that Boris Johnson signed in 2019, including to end oversight of the agreement by EU courts.

And Jeffrey Donaldson, the leader of the Democratic Unionist Party has threatened to collapse power-sharing arrangements at Stormont “within weeks”, if Brussels refuses.

Mr Sefcovic said: “A renegotiation of the Protocol – as the UK Government is suggesting – would mean instability, uncertainty and unpredictability in Northern Ireland.

“Bear in mind it has already taken us five years to get to this point.”

The Commission vice-president also pledged to do “whatever it takes” to ensure that the supply of medicines to Northern Ireland is not disrupted because of the Protocol.

But he warned: “I also need to be honest: while we will continue looking for solutions to minimise the effects of Brexit on your everyday lives, we will never be able to remove them entirely – such are the consequences of Brexit and of the choices of the UK Government.”

Mr Sefcovic added: “The Protocol is not the problem. On the contrary, it is the only solution we have. Failing to apply it will not make problems disappear, but simply take away the tools to solve them.

“I am, of course, acutely aware of how some in Northern Ireland feel about the Protocol, in particular in the Unionist community.

“We are seeking solutions that work for all, including those opposed to the Protocol. Because, no matter what your outlook is, we are all in this for the long run.

“I know it is possible for us to work together, if rhetoric on both sides is dialled down.”