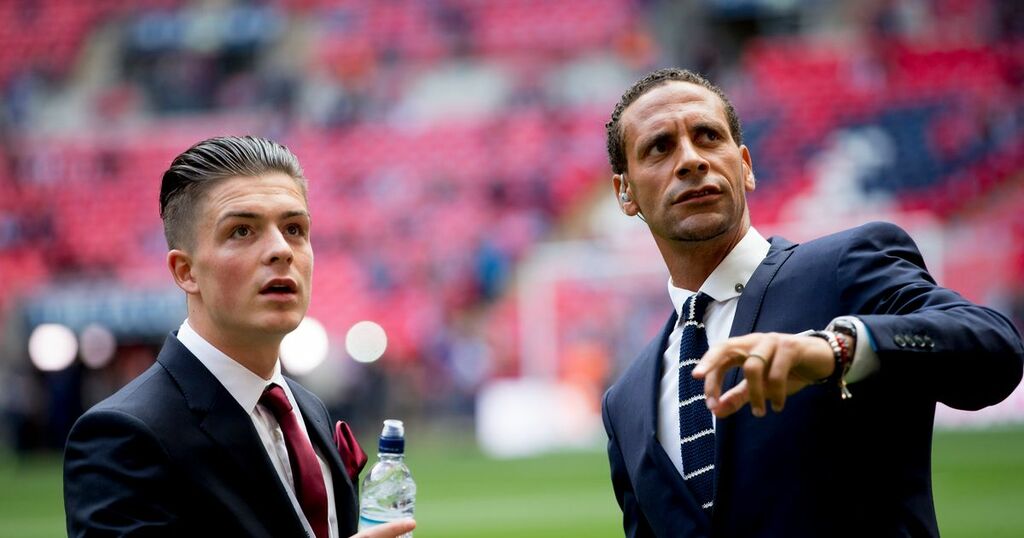 Former Manchester United defender Rio Ferdinand has called for Manchester City to be patient with Jack Grealish for him to live up to his explosive £100million transfer fee.

Grealish, who will be hoping to feature for England when they face Andorra in their latest 2022 FIFA World Cup qualifier on Saturday evening, joined City in August in a record-breaking deal, both for a British player and for the Premier League as a whole.

Although Grealish, in patches, has shown his quality, particularly in the 6-3 win over RB Leipzig in the UEFA Champions League last month, the former Villa man has yet to find a level of consistency in City colours.

Considering City paid £100million for his signature, pressure is always going to be there, meaning there is unlikely to be any hiding place for Grealish, who was deployed as a false nine in Sunday's 2-2 draw with Liverpool, in that sense.

Nevertheless, former England defender Ferdinand has highlighted the importance of the versatile attacker being granted time to get up to speed and deliver the standards that are expected of him at the Etihad Stadium.

"That (the transfer fee) adds pressure to you as an individual," Ferdinand told his YouTube channel, FIVE. "Take away even the fact of the new tactics he has to take on from Pep Guardiola, he will be getting fed loads of info that maybe he has to play a different way and tweak his game.

"He has got the pressure. Against PSG the other day there is no doubt that Grealish was looking across the line and going 'Neymar, Kylian Mbappe and Lionel Messi are all looking at me, and going how much?'

"That is pressure. There is more pressure from those three than any amount of millions of fans around the world for that game, 100 per cent.

"At the moment he is finding his feet and you cannot expect him to hit the ground running just because he is a £100million player.

"I think players need time and we are in a generation where things need to happen immediately and it's not always like that."

To date, Grealish has made a total of ten appearances for City since joining the club, in which time he has scored two goals and claimed two assists.