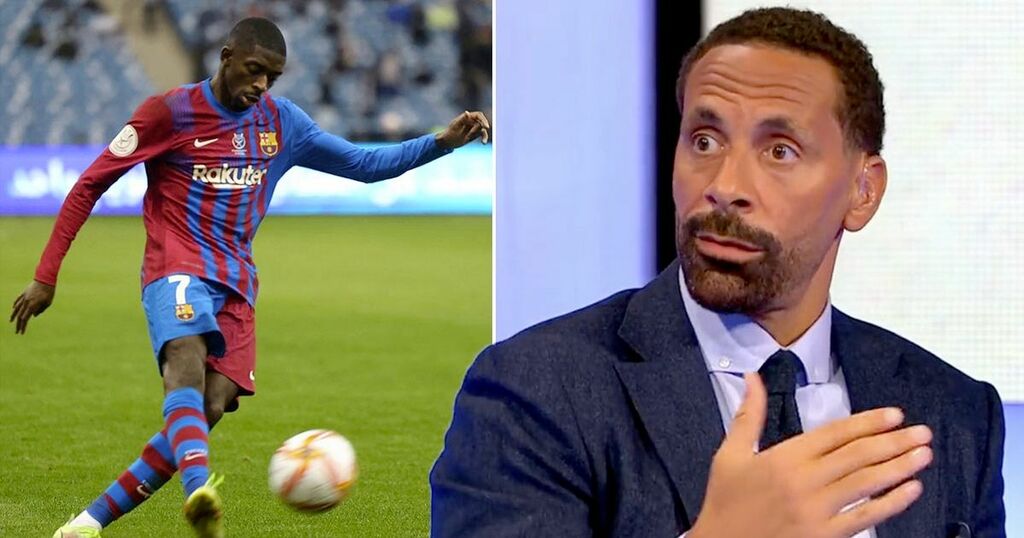 The 27-cap France international, 24, put in a stellar display on Wednesday evening but couldn't stop his team from losing 3-2 in Riyadh, Saudi Arabia.

Dembele, who cost Barcelona an initial £105million four-and-a-half years ago, is thought to be a major target for United and is out of contract at the end of the season.

Rumours in Spain suggest the former Borussia Dortmund ace will leave Barcelona in the summer and his heart is set on a move to the Premier League.

Dembele has struggled with injuries throughout his time in Spain, making just 87 La Liga appearances for his current employers.

Should Ousmane Dembele leave Barcelona? Let us know in the comments below!

Few have ever questioned his ability, though, including Ferdinand. "We all know the talent, that's no doubt," the ex-defender told BT Sport, as quoted by the Manchester Evening News.

"The talent we saw at France then Dortmund, he's never been able to replicate that form here on a consistent basis. He needs games, he needs a level of games to sustain that.

"But Xavi is showing faith. That's the important part, giving him confidence. When he's confident, as we saw today, he's almost unplayable at times. The way he can dribble - go both ways - he's exciting to watch.

"He's got that bit of flair that not many wingers in the world have got on a consistent basis. But the keyword right there is consistent, he has to bring that into his game."

Renewal negotiations between Dembele and Barcelona are still ongoing and the club's manager Xavi has expressed his desire for him to stay.

"I had an individual chat with him," said Xavi in November. "I made it clear to him how important he was for not only me this season, but for the future.

"It depends on him. Hopefully, he can renew because he's a player capable of making a difference in the next few years."

Dembele's agent, however, recently questioned Xavi's decision to start his client against Granada last week after suffering from a bout of Covid.

"We often talk about money when it comes to the extension of Ousmane, but it’s not just a question of money," said Moussa Sissoko, who shares his name with the Watford midfielder.

"But also day-to-day management. This sports management with this return to play without training just after Covid, it is really difficult to understand."

Despite his injury record, Dembele remains a huge prospect for the future. His next contract will be crucial, however, as he approaches his mid-twenties.

"I saw Cristiano Ronaldo arrive at the same age at Man Utd and Ousmane has the same characteristics," once said former United defender Mikael Silvestre.

Lionel Messi, meanwhile, once claimed: "He has all the opportunity in the world to do what he wants. He can be one of the best."