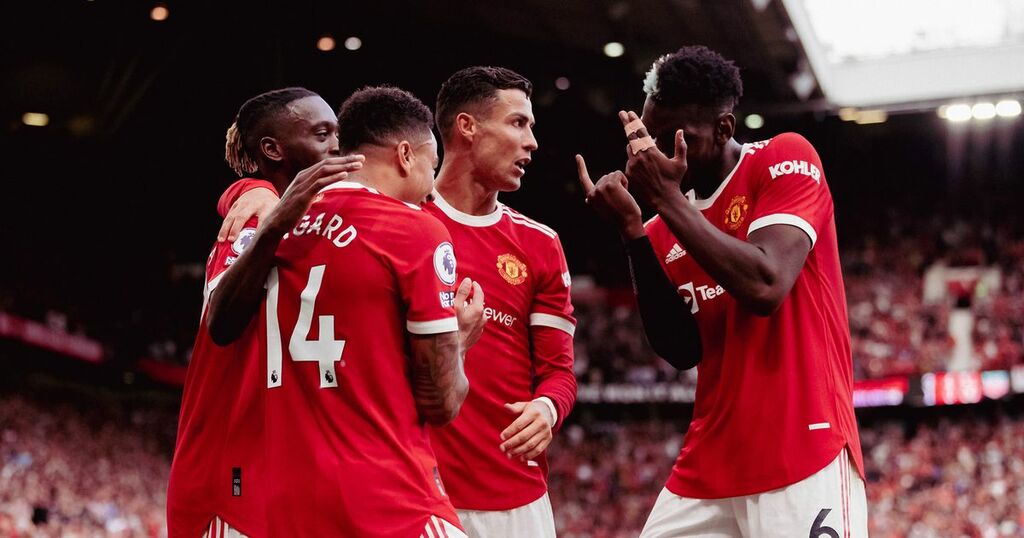 Rio Ferdinand believes Jesse Lingard could be the biggest benefactor from Cristiano Ronaldo's arrival at Manchester United this summer.

Ronaldo signed from Juventus on deadline day to complete a sensational return to the club and scored twice on his debut in the 4-1 win over Newcastle at the weekend.

While the Portuguese star started and played the full 90 minutes, Lingard came off the bench just after the hour mark and scored his first goal of the season and first for United in over a year as he rounded off the result in injury time.

It was his first goal at Old Trafford since December 2018, when Jose Mourinho was manager, and his first for United since August 2020 in the Europa League against LASK Linz two seasons ago.

But after getting off the bench and getting on the scoresheet, former United defender Ferdinand believes he could benefit from Ronaldo's arrival at the club more than most at the club. Speaking to his Vibe with Five podcast, the former England skipper said: "After all the Ronaldomania this weekend, do you know who could be a massive benefactor? Jesse Lingard.

"I just feel that everyone has been lifted. Last season when there was a chance for someone to come on, it wasn’t Jesse was it? He weren’t coming on. All of a sudden he’s come on now and he’s scored, his fortunes could change at Man United."

Lingard didn't feature in the Premier League for Man United last season before completing a January loan move to West Ham, where he score nine goals in 16 games to help them secure Europa League football.

Ferdinand feels that with all the attention on Ronaldo, Lingard could find himself with plenty of chances to feed off and that can only be a positive for him with the way he plays.

"I’ve always been a massive fan of Jesse and I’ve always said, I’ve argued with other pundits and off screen with people when watching games and stuff, I’ve always been a massive fan. He’s different to all the other players there. They’ve all got their own abilities and a lot of them do a lot of similar stuff, this kid is one of the best movers off the ball. He runs without the ball as well as anybody finding space to get on the ball and then plays one and two touch as well as most.

"Big games down the years he scores, he gets goals. I was one saying he should leave if he’s not going to get games and I was right in saying that, I’m not going against that. If he wasn’t going to get games, if it was going to be like last season where he was just making up the numbers really, after what he did at West Ham, how can you go back to being a bit part player?

"He’s obviously had a conversation with Ole after what he did at West Ham and thought ‘I’m going to get chances’ and especially since Ronaldo’s come he’s going to get more opportunities to feed off stuff and I think he could be a surprise package who people weren’t expecting to have an impact on Man United this season and he maybe will do."