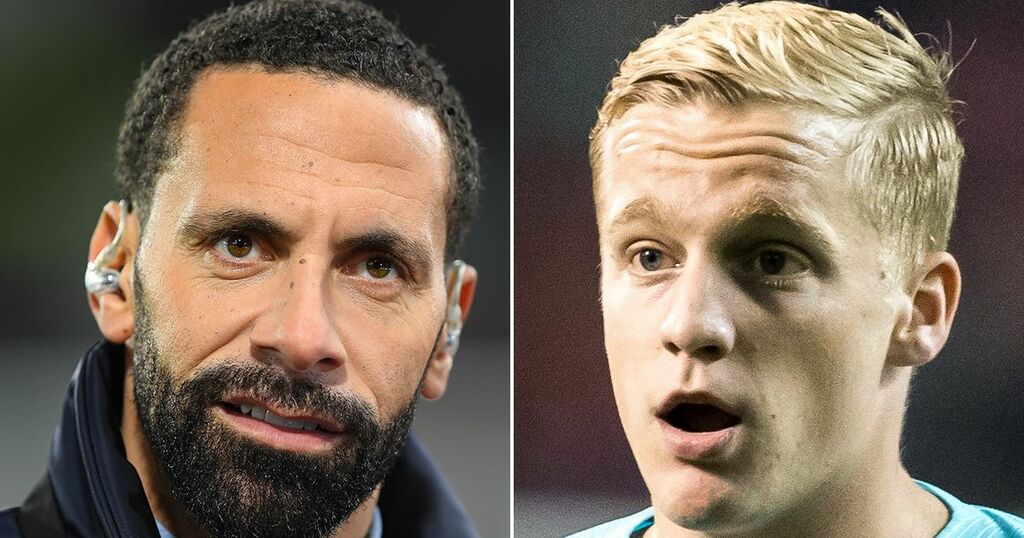 Rio Ferdinand claims Donny van de Beek is "too nice" to demand the opportunities he desires at Manchester United.

The Old Trafford icon believes the out-of-favour playmaker would already have left the club if he had a more belligerent character - but his "polite" nature leaves him stuck in limbo.

Van de Beek, 24, has only played six minutes of Premier League football this season and appears to be far down Ole Gunnar Solskjaer's midfield pecking order.

The Dutchman's frustrations got the better of him when Solskjaer chose not to substitute him on against Villarreal last week. He was seen tossing his chewing gum towards the dugout and needed to be calmed down by teammates.

But the incident was an irregular one, as Van de Beek has been a model professional throughout his time at United even though opportunities have been scarce.

The Ajax academy graduate decided to stay at the Red Devils this summer and fight for his place despite interest from Arsenal and Serie A clubs.

Ferdinand, however, doubts whether Van de Beek will ever earn the minutes he is seeking at United due to his temperament.

"I think the big thing with Donny van de Beek – and he’s a great guy, we’ve had him on the show before – he’s a really calm, relaxed guy," Ferdinand told his FIVE YouTube channel .

"I think this is a funny situation because if he was a bad guy and he was volatile and he was loud, he’d be gone. He wouldn’t be at Man United.

"And sometimes when you’re too nice maybe, or you’re nice about a situation and you’re polite, you might not get the situation that you really require for yourself.

Who is the best player in the world right now? Cast your vote here!

"And I think that’s probably the problem for someone like Donny van de Beek."

In response to Van de Beek's tantrum on the bench, Solskjaer declared he would tolerate "no sulkers" in his squad, raising further questions of the player's future at Old Trafford.

Ferdinand admits the only thing Van de Beek can do is continue to plug away at the training ground, adding: "It’s crazy because I saw him the other day, I spoke to him.

"I said to him, 'Regardless of what happens man, just work hard', and I think he said that on the show.

"He will never see it now, but he’ll look back and go, 'You know what, that helped make me get stronger' and he can use this to fuel him and push him on in the next phase of his career when it comes."