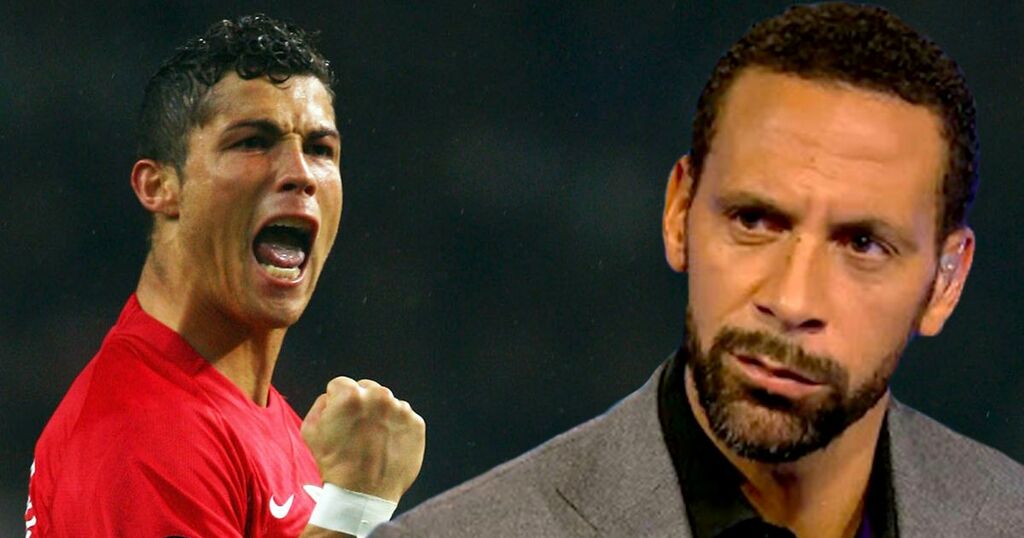 But former England captain Rio feared his chances of his children seeing Ronaldo wearing United's red shirt in the flesh had disappeared until the record-breaking Portugal striker agreed a sensational return to the club last month.

And when the great man's encore reaches fever pitch at tomorrow's home game with Newcastle,

Ferdinand admits his excitement will be through the roof like every United fan.

He said: “Like everyone else, I can't wait for Ronaldo to emerge from that tunnel on Saturday, listen to the reception he gets, for the game to kick off and to see him back in that red shirt.

“I don't think there has ever been a bigger signing in this country, in terms of the excitement it's generated and mileage across the media.

“It's been crazy, but that's what happens when you bring one of the greatest players ever to play the game back to English football. You are talking about the best of the best, and he's right here, right now.

“I was as excited as any fan when I heard he had agreed terms for another stint at United, and I couldn't wait for that signature on the contract to make it official and the yellow tickertape to appear at the bottom of the screen or the apps on my phone.

“Deep down, I didn't think my kids would ever get the chance to see Cristiano Ronaldo playing in a Manchester United shirt – I thought they had missed the boat, so for them to have this opportunity is a privilege for me as a parent.”

At 36, Ronaldo's return to Sir Matt Busby Way has jogged Ferdinand's memory about the confident kid who wasn't afraid to join in the changing room repartee or decorate his performances with step-overs.

CR7 was never shy, and Ferdinand recalled: “He was happy to get involved in any banter that was going around in the dressing room, loved coming in to work every day, very humble, just one of the boys and part of the team.

“But the public persona, or the image some people have of him from the outside, is often far from the truth.

“Yes, he has an ego – like all the great players – and, yes, he's emotional on the pitch and shows how he's feeling, but sometimes he is a bit more animated.

“That doesn't alter the fact that he's a good team-mate who wants to help others and lead by example. Back in his first spell at United, he was very much the same – but now he has 850 goals to show for his quality.

“I knew he was something special before he had even kicked a ball for United because he played against us for Sporting Lisbon in Europe and you came off the pitch thinking, 'Jeez, wow, that kid's got talent.'

“We just missed out on signing Ronaldinho and we needed something special to make up for the disappointment – Cristiano was the answer to our prayers. He was it.”

Will Cristiano Ronaldo score on his second debut for Manchester United? Comment below.

United's investment in bringing Ronaldo 'home' can reasonably be expected to galvanise the players around him – and Ferdinand believes it will take England strikers Marcus Rashford and Mason Greenwood to “new levels” of excellence.

“For me, Rashford and Greenwood have a chance of being the biggest beneficiaries of this signing,” said Ferdinand, who made 455 appearances for United and will be BT Sport's headline pundit in their Champions League coverage this season.

“They are young strikers, given the chance to work with a world-class superstar, and they are going to get the chance to see how it's done.

“They will learn from the way Ronaldo what it takes to reach the top and how you stay there – the day-to-day sacrifices, how you recover, how you pick yourself up for the next game.

“Then there's the intensity required – does he take his foot off the pedal in training at times, when does he go hard in training, all these little elements will help to elevate them to new levels.

“What an opportunity for two exciting talents to learn from the best and fulfil their potential.”

*BT Sport is the exclusive home of UEFA Champions League football. Watch every game of the 2021-22 campaign live on TV, online and the BT Sport app. Go to www.btsport.com for more info.