Ringing up contactless sales with a ring 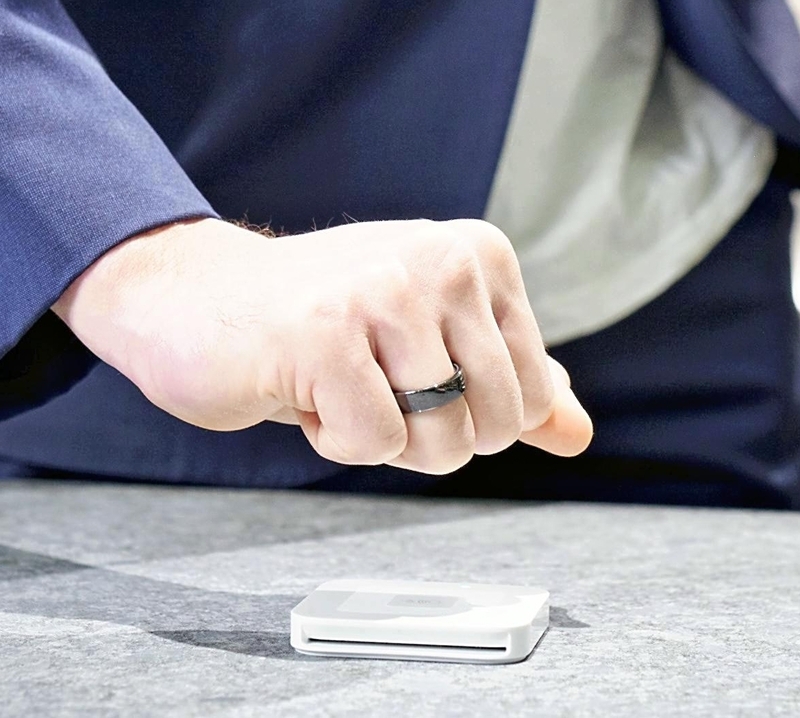 In ancient times, kings would use a ring to seal decrees. A newly developed high-tech ring will allow common folk seal a contactless transaction.

The ring, developed and marketed by a subsidiary of Nagoya-based MTG Co., works with the contactless payment system developed by international credit card giant Visa and will go on general sale from October. MTG is the maker of the SixPad training gear.

In Visa's contactless payment system, the user swipes a plastic credit card or payment-enabled smartphone over a terminal. The ring type will be the first of its kind available in Japan.

The product is called "Evering," and is priced at 19,800 yen including tax. It has an embedded wireless IC chip, and does not require recharging.

It is used by charging money through a dedicated smartphone application. It is black, comes in 17 sizes, and is waterproof.

In May this year, the company launched advanced sales of about 3,000 units on a trial basis, and sold all of them in a single day.

According to Visa Worldwide Japan Co., contactless payments by swiping over a terminal are being used at 98% of convenience stores nationwide.

The ring type eliminates the need to take out a card or smartphone, and is expected to be used for payments at swimming pools and hot springs facilities.