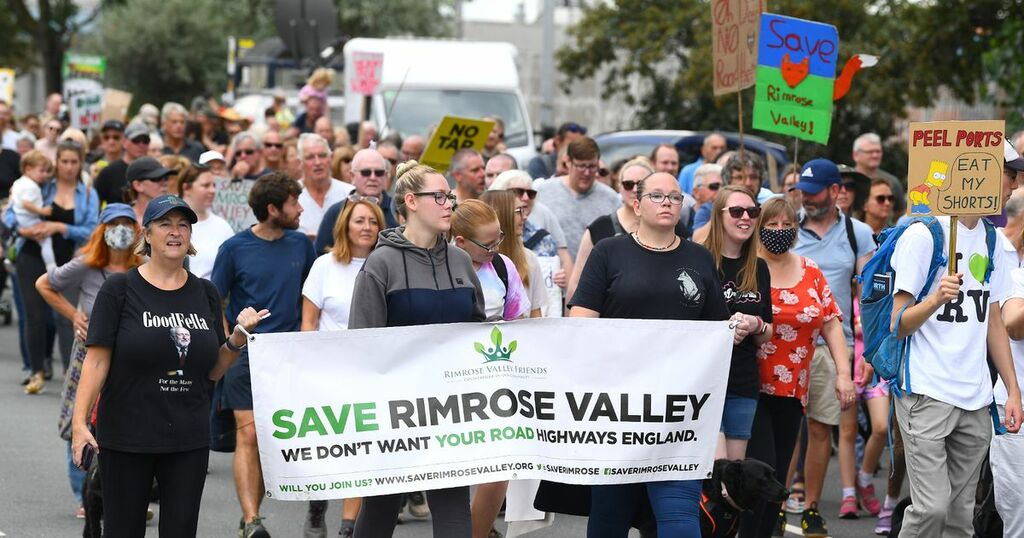 People campaigning against plans to turn a park into a dual carriageway have been accused of "misleading" the public.

The park, based in South Sefton, has proved popular amongst locals for generations and provides a much needed green space for the area.

However, Highways England plans to build a new road through Rimrose Valley.

The Save Rimrose Valley group have campaigned tirelessly against the plans, and this week Peel Ports - which owns nearby Seaforth Docks - has accused them of using information that is "misplaced and misleading".

In an open letter to the group, Peel's chief executive Mark Whitworth wrote: "The relief route proposal is a project which has been assessed, conceived and taken forward by the National Highways agency.

"It is not and never has been, a Peel Ports project.

"Indeed, detailed studies have underlined that between 85% to 90% of the traffic assessed for this project is in no way connected with port operations."

The letter goes on to say Peel Ports makes a "very strong economic contribution and local commitment" and that Mr Whitworth "cannot stress strongly enough that your ongoing attempt to paint our organisation as the main driver behind this project is misplaced and misleading".

Peel says it has a long, proud, history within Sefton and has been able to "provide stable futures for local families within the community for many decades".

A third of its workforce lives in Sefton, while 80% live within the Liverpool City Region.

The letter continues: "You will know already that the A5036 is a heavily congested route, used by businesses, residents and commuters throughout the week and at weekends.

"It is obviously connected to major motorways and as a main through road in the region, which means important action is needed to benefit many in the wider community.

"We believe that whilst providing benefit to the Port of Liverpool, the proposed relief road would undoubtedly bring much needed improvements to the surrounding areas and wider region, especially to those who live immediately adjoining the A5036, which is increasingly populated with business parks, commercial properties and commercial retail outlets."

However The Save Rimrose Valley group says the letter is an "insult to the intelligence of local people".

Lead campaigner Stuart Bennett told the ECHO : "They refer to National Highways' Port of Liverpool Access Scheme as the 'Sefton Relief Road' in a frankly embarrassing attempt to deflect attention away from their major stake in the project.

"They deny being the driving force behind the road proposal yet spend five pages telling us exactly why they believe it is needed.

"It would be laughable if the implications for our communities weren't so serious.

"Tellingly, health and wellbeing aren't mentioned once in their letter and they seemingly dismiss Sefton Council's efforts to find a better solution for all parties.

"They have made their position quite clear. Thankfully, we and our supporters did the same at our recent demonstration and our campaign will continue until this road is stopped."

Sefton Council says it remains "very concerned" about the air quality issues, as well as the proposed destruction of the park.

Cabinet member for locality services, Cllr John Fairclough, said: "Sefton Council has always been, and remains very concerned about both the air quality issues on and near Church Road/Dunnings Bridge Road, and the proposed destruction of much-loved green space in the Borough.

"We have always shared the belief of our communities that Highways England should explore and identify alternative technologies and solutions that would be far less detrimental to the health and wellbeing of our residents.”