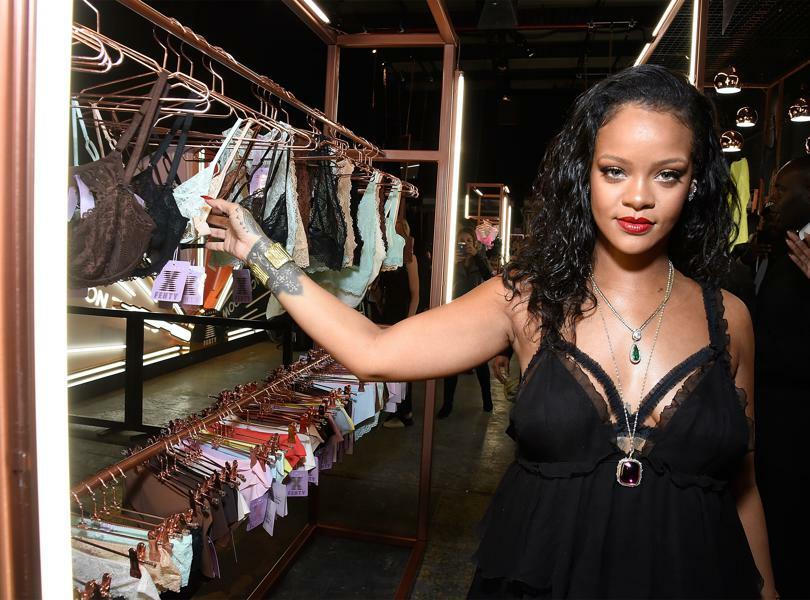 Rihanna’s Savage x Fenty lingerie brand is bringing all the smoke to Victoria's Secret by moving in on what may have been its last stronghold, brick and mortar stores. The company’s Chief Marketing and Design Officer Christiane Pendarvis told Bloomberg that the brand will be opening up physical stores in 2022 across the U.S. As the legacy push up bra maker continues to flail under their antiquated practices, Rihanna's brand is sitting squarely at the center of business and culture in the $13.1 billion U.S. women’s underwear sector, leaving Victoria's Secret hard pressed to replicate this model.

The Breakdown You Need to Know:

Rih Rih’s lingerie company has been gaining market share on Victoria’s Secret and experienced 200% sales growth last year, CultureBanx reported. During the age of diversity in the industry there’s been a significant shift, with Savage X Fenty poised to become a front runner in the global lingerie market that’s expected to hit $325 billion by 2025.

Market share for Victoria's Secret dropped from around 80% in 2016 to 65% in 2019, leaving a huge opening for Savage x Fenty to come in and take over. With it’s new more inclusive “VS Collective” of 7 notable women becoming the face for the brand including: Actress Priyanka Chopra Jonas, Soccer player Megan Rapinoe, Freestyle skier and future Olympian Eileen Gu, Model Paloma Elsesser, Model Adut Akech, Photographer Amanda de Cadenet and Valentina Sampaio they’re hoping to regain a bigger piece of the market.

In 2020, Savage x Fenty engaged Goldman Sachs to spearhead a $100 million fundraiser. Reportedly  the capital raised could be funneled into not only an expansion into the European market, but also a line of athletic wear. Although the brand was only launched in 2018, Savage x Fenty is in a position to be the global leader in the lingerie market by 2025, the same year that women’s activewear is expected to reach a $216.9 billion value.

Since its founding in 2018, the brand has focused on its e-commerce platform and launched a number of pop-ups in select regions. With inclusivity at the heart of her lingerie brand, Rihanna has included plus models in Savage X Fenty with shades of nudes galore since its inception, setting the business up for success.

Specific details on where the Savage X Fenty stores will be located in the U.S. have not been disclosed yet. So, will you be shopping for Savage x Fenty IRL (In Real Life) and its innovative approach to inclusivity when a store opens up in your neck of the woods?