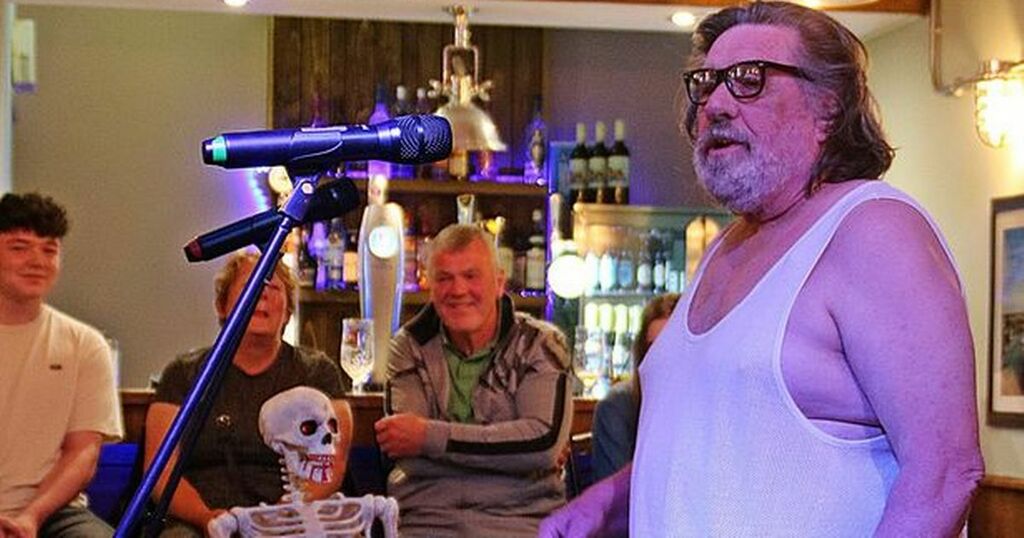 Ricky Tomlinson surprised guests at a North Wales caravan park with an hour-long performance after spending the day filming for his new show.

The Royle Family star, 81, is currently filming Million Pound Motorhomes which will air on channel Five on September 19.

Tomlinson, who starred as Jim Royle in the hit tv show shared stories from his childhood in North Wales infront of the unexpecting audience.

The programme takes him on a trip down memory lane to the North Wales coast where he spent many family holidays, as he goes in search of his old beloved motorhome.

Sunnyvale's general manager, Aaron Scantlebury described him as "briliant, lovely and really accommodating" as he mingled with employees and owners.

Speaking to North Wales Live, he said: "As an award-winning park having invested millions of pounds over the past few years, we were approached by the makers of the show who wanted a park that would appeal to their audience demographic.

"We spent a bit of time talking to Ricky who arrived in his motorhome and spoke of his love for North Wales and reminisced on his memories of coming here.

"He spent time in the bar where he entertained everyone for a few hours and regaled many stories and experiences.

"Some were very touching and some were extremely funny. He came in the guise of Jim Royle with his string vest and jeans, he was brilliant, lovely and really accommodating.

"The staff loved him, he mingled with our regular campers who didn't know he was going to be there.

"We had a whale of a time. He's a real national treasure."

The show highlights the fact that motorhomes are currently one of the fastest growing industries in the world, with a yearly sales increase of 126%, and 1 in 5 Brits planning a staycation in one.

The UK’s growing fascination with motorhomes has been exacerbated by the effects of Covid restrictions and the curtailing of overseas travel.

In the Channel Five series, programme makers take a revealing and aspirational journey into the UK’s and the world’s most impressive and expensive motorhomes.

The programme synposis says: "Come on board some of the most luxurious motorhomes in the world, where we’ll uncover the secrets of the companies who manufacture these elite machines.

"We will also look at more affordable models, why are they so popular, who is buying them? And we will feature one or two of the growing number of families that have decided to live in their motorhomes full time.

"We will also meet the people who are hoping to make their millions from motorhome businesses. And we will hit the road with some famous faces who are mad about motorhomes.

"This time Actor Ricky Tomlinson takes us on trip down Memory Lane in North Wales as he goes in search of his old beloved motorhome. We take an exclusive look at a 2.5million dollar motorhome called the Elegant Lady in the USA."