Three-time Richmond premiership coach Damien Hardwick believes this AFL season is more open than any in memory as the Tigers locked up their finals spot.

Richmond ensured they would finish inside the top-eight for the fifth time in six seasons after crushing Hawthorn by 61 points at the MCG on Sunday.

The Tigers moved to 12-1-8 and jumped above Carlton into seventh on the ladder with one round remaining.

It leaves the Blues as the only vulnerable team inside the top-eight after their heartbreaking five-point defeat against Melbourne on Saturday.

Carlton need to defeat arch-rivals Collingwood in a MCG blockbuster next Sunday to be assured of their first finals series since 2013.

The Blues could still stay inside the top-eight even if they stumble against the Magpies, but would have to rely on the Western Bulldogs losing to Hawthorn in Launceston.

"It's probably something we don't celebrate enough, making finals and qualifying for the finals is a significant achievement," Hardwick said.

"I think it's as open a season as I've seen it.

"I probably look at a couple of sides, Geelong in particular, they're probably sitting above but then I think after it's relatively even.

"I think it's going to be an outstanding finals campaign and that's what the AFL wants."

The Sydney Swans are on track to secure a top-two berth after ending Collingwood's stunning 11-game win streak.

John Longmire's team prevailed in a monster top-four clash at the SCG and the Swans can lock in a home final and double chance if they account for St Kilda at Marvel Stadium next Sunday.

If Sydney finish second, they will almost certainly host the winner of next Friday night's blockbuster clash between the Brisbane Lions and Melbourne at the Gabba.

That match to open round 23 is effectively a top-four eliminator, with the loser to fall as low as sixth, but the victor to finish as high as second.

Geelong have wrapped up the minor premiership and will host West Coast to end their home-and-away season in what looms as a major blowout. 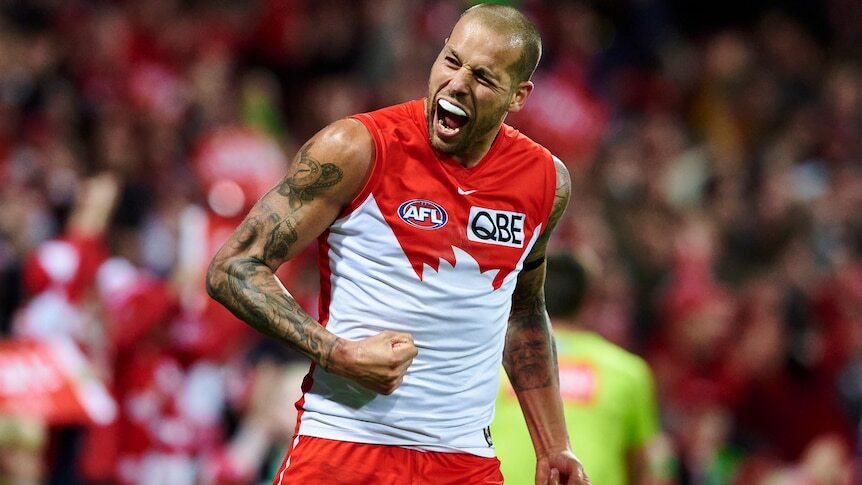 AFL live ScoreCentre: Richmond vs Hawthorn, Sydney vs Collingwood, Essendon vs Port Adelaide, live scores, stats and results
Sydney turn it on in front of the SCG crowd to claim a big win in their push for top…

ABC News
From analysis to the latest developments in health, read the most diverse news in one place.
Richmond stalwart Edwards to retire in AFL

AAP
AFL Round-Up: Epic wins for Melbourne and Sydney — and heartbreak for Carlton — set the scene for a grand finale

Heroes and heartbreak were the order of the day in round 22 and, with finals just a game away, this…

Richmond will be playing for an AFL finals berth when they clash with Hawthorn at the MCG.

AAP
One place to find news on any topic, from hundreds of sites.
Lynch stars in Tigers' AFL rout of Hawks

Richmond star Tom Lynch has monstered Hawthorn's defence in a superstar eight-goal haul, powering the Tigers to a 61-point AFL…