Richarlison has explained the reasoning behind his move to Tottenham, with a clear ambtion to win trophies foremost on the Brazilian's list of priorities ahead of joining the club.

He has also said that the reason he chose to sign for Tottenham instead of Arsenal was phone call from Antonio Conte, with the Italian manager also keen to stave off interest from Chelsea for the Brazilian.

The Brazilian forward appears to have been vindicated in his decision to join Tottenham instead of their London rivals, having scored two goals on his Champions League debut against Marseille and showing impressive form so far in his Spurs career.

He has started four matches, scoring two goals and has been called up to the Brazil squad for the upcoming internationals ahead of both Gabriel Jesus and Gabriel Martinelli of Arsenal, who have both been in good form for the Premier League pace setters.

"It’s always a tough call when you have such strong connections with your club, and that was definitely the case for me," Richarlison told FourFourTwo. "I was happy at Everton and I’m grateful for everything I learned there. It’s a big club with a lot of history.

"However, perhaps they’re suffering with a lack of ambition nowadays. You know, that eagerness to win matches and trophies. I spent four years there and I could see there was still a very long way to go to achieve big things.

"I felt it was the right time to move on, and the club also had to make some money. It was a good deal for everyone involved. I’m delighted with this new challenge at Spurs." 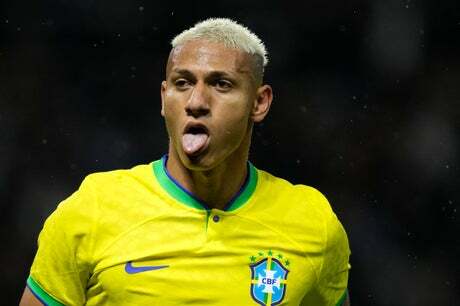 Evening Standard
From analysis to the latest developments in health, read the most diverse news in one place.
Tottenham star Richarlison explains why he snubbed Arsenal and Chelsea transfer after key call

The Tottenham striker was linked with several clubs this summer, but opted for a switch to the Lilywhites after Antonio…

Richarlison signed for Tottenham in a £60million deal in the summer transfer window despite interest from Arsenal and Chelsea.

The Spurs striker has had some persistent injuries in recent years, but says that a recent change has left him…

Spurs news: The Tottenham Hotspur morning headlines this Sunday as Cristian Romero is absent on international duty with Argentina and…