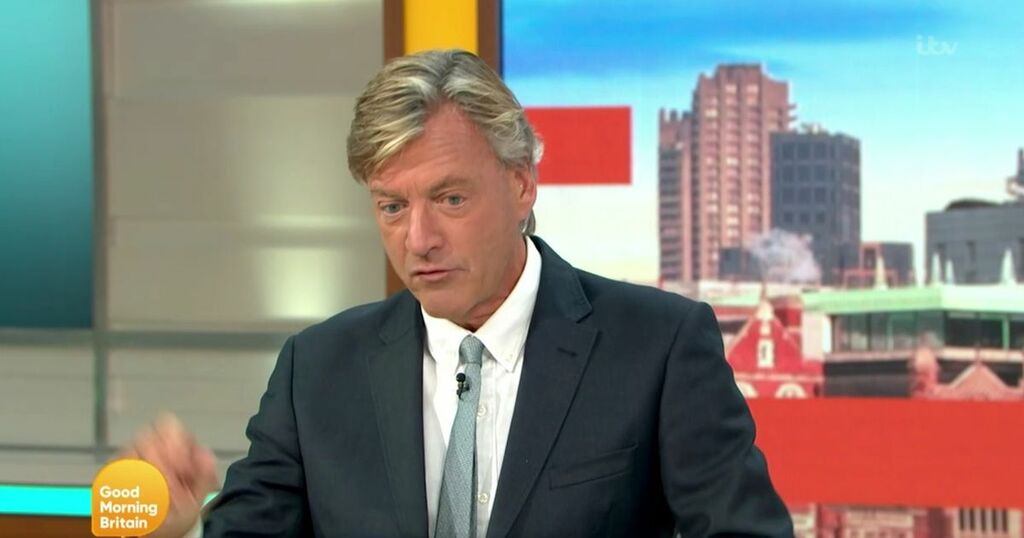 Richard Madeley was savagely compared to Alan Partridge once again as he returned to the Good Morning Britain hot seat with an awkward performance.

Viewers didn't take long as all to liken the presenter to the iconic British television parody after his trip tale.

Richard was back on the show presenting alongside Susanna Reid from 6am on Monday morning.

The star discussed his and Judy Finnigan's break in France this summer, with Susanna, 50, asking him if he had a good time.

But he revealed that his wife didn't talk to him for two days when they went away.

Some are convinced that Steve Coogan is behind the GMB host's comeback on the breakfast show after the cringe appearance.

His 'Partridge-isms' quickly had people rushing to social media.

One posted: "Still not sure where Richard Madeley stops and Alan Partridge begins… #GMB "

Another said: "I wish we'd stop comparing the genius of Alan Partridge to that *** Madeley, who is clearing trying to live up to being a real life Partridge."

A third GMB viewer wrote: "Richard Madeley is back on GMB and three minutes in he is already full Partridge."

Another clearly loves his work.

The couple headed to France to soak up some sun, but Judy was not impressed when Richard made an epic packing blunder.

Susanna simply asked him if he'd had a nice holiday - and it all came out.

"We basically, Judy and I drove to France, and I was responsible for packing the car. I drive the car, so I pack the car.

"And that meant being responsible for packing my wife's clothes, and Judy said to me the morning that we left, 'now there are two lots of clothes on hangers in the spare room, you pack them both'.

"We get to France and Judy says, 'where's that jacket I wanted to change into? Where's that skirt?' I'd left half of her clothes, can you imagine?

"I think I would have been in less trouble if I’d had an affair!" he added, as Susanna looked stunned.

"But anyway, thank God for Fedex," he continued, revealing that his two children had packed up the clothes and sent them via courier.

"She basically didn’t speak to me for the first two days!" Richard then admitted as Susanna laughed.