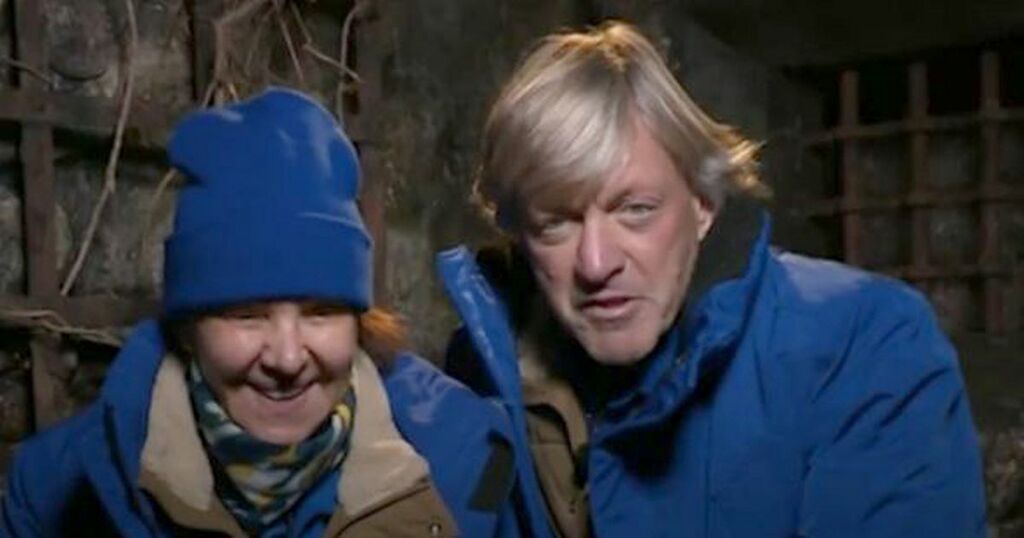 Richard Madelely was among the pre-show favourites to win I'm A Celeb this year, but fans have been quick to point out an annoying habit.

The Good Morning Britain presenter, 65, has already name dropped his wife on a number of occasions over the space of the two opening shows and it's seemingly wearing thin on some viewers.

Richard made another reference to his days as a double act with his wife on Richard and Judy before he took on a challenge with Arlene Phillips.

And viewers took to social media to complain about the seemingly regular habit, with some even suggesting they should create a drinking game in which fans drink each time the presenter mentions Judy.

One example of his reoccurring habit came as fellow campmate Danny Miller read out instructions for Richard and Arlene to prepare for a challenge.

Ahead of Richard's task versus the red team, he commented: "Okay, well I'm used to partnerships, you know, Richard and Judy."

"Today, for one day only, it's Richard and Arlene."

Richard and Judy graced our TV screens for over 20 years, first on This Morning between 1988 and 2001, before switching to their daily chat show titled Richard and Judy from 2001 up until 2009.

Throughout the years they've also had other gigs together, but now Richard has gone solo from his wife with his Good Morning Britain stint.

But his habit of mentioning Judy made viewers head to Twitter to voice their opinion.

One user wrote: "This needs to be a new drinking game. Take a shot every time Richard says Richard and Judy. #ImACeleb."

Another asked: "Has Richard got a wife called Judy? He hasn’t mentioned it #ImACeleb," while a third said: "New drinking game: we drink everyday Richard says Richard and Judy #ImACeleb." (sic)

Others echoed the idea of a drinking game, while a fourth commented: "Did Judy make him promise he would mention her 10 times a day??? #ImACeleb #RichardMadeley."

This year's tasks have been a success so far with viewers enjoying the tension on show.

Katie Price, who has competed on the show twice, also commented after the first episode to praise producers for their choice in challenges.

The opening episode of this year's contest saw viewers terrified of the first challenge which saw Louise Minchin, Naughty Boy, Danny Miller and Snoochie Shy walk along a plank above a lake.

The former glamour model labelled the challenges "bloody good" and said she is already "hooked" on the show due to the challenges.