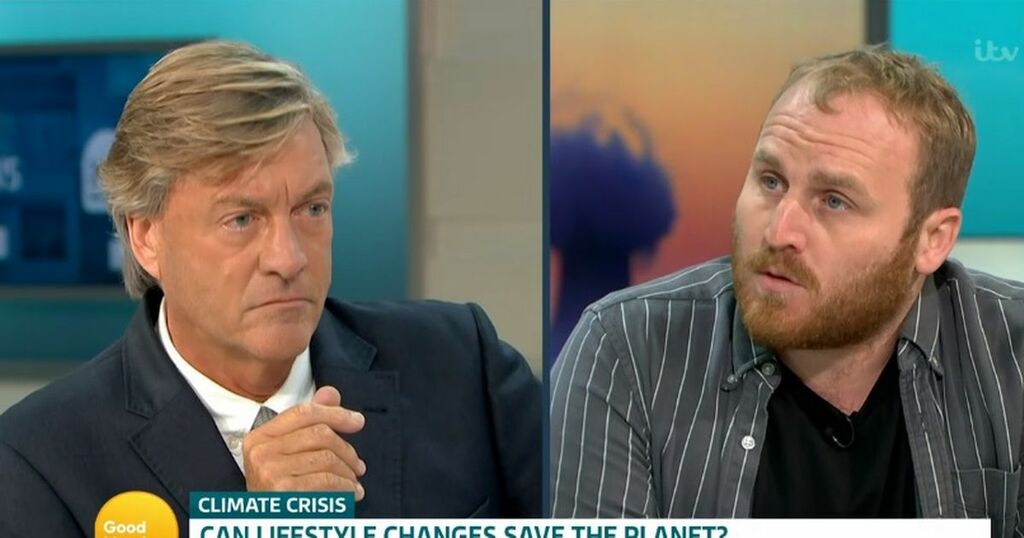 Richard Madeley jumped to defend Susanna Reid today as she become involved in heated debate with an activist.

Liam Norton from Insulate Britain appeared on the show after the group held up traffic on the M25 yesterday.

Liam said that the group's aim was to get the government to insulate more people's homes to help alleviate the climate crisis.

But Richard and Susanna picked holes in his arguments for holding up the traffic in a heated debate.

Susanna pointed out that all the cars stuck on the motorway would have been adding to the climate problem as they idled in traffic.

Susanna said: "I wouldn't have said it if I thought it was ridiculous."

Liam argued that £1.3billion from the government was "ridiculous" and that potentially trillions was required.

Richard butted into the conversation and said: "So Susanna's ridiculous because you say so, listen you've had a really good crack of the whip, you finished off by calling my co-presenter ridiculous and we're out of time."

*GMB continues at 6am on ITV tomorrow