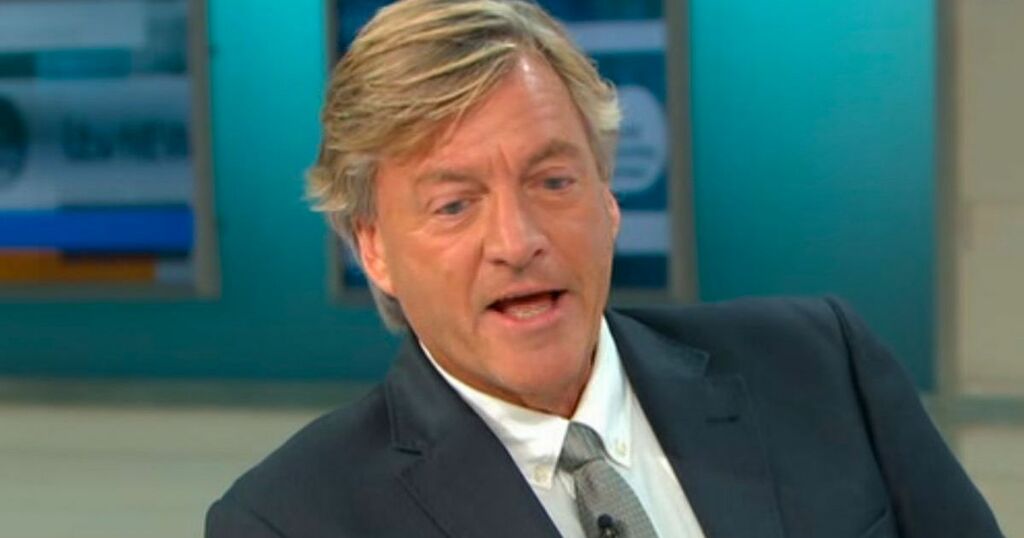 Good Morning Britain host Richard Madeley clashed with one guest on the show on Tuesday, with co-host Susanna Reid also called out.

Insulate Britain campaigner Liam Norton appeared on the show to discuss climate change, and the UK's efforts to tackle it - as he called on the government to do more.

After taking part in a demonstration on Monday that brought the M25 to a halt, he defended them causing traffic delays as he revealed time was running out to determine the future of humanity.

Host Richard hit out at the guest though, suggesting the group's means of bringing attention to climate change were not right and could have been dangerous.

He said: "I wonder what makes you and the people who performed that demonstration yesterday clairvoyant, because how can you possibly know what's in the vehicle you are holding up for hours?

"For example if you bear with me on this question, how do you know there are not parents with a child who is going to an absolutely vital appointment with a cancer specialist?

Liam replied: "Well I agree with you that we don't know, so you're completely right. I don't think it's about what gives us the right, it is about what reality we're in at the moment."

He said experts have said what we do in the next three to four years will determine the future of reality and humanity.

Richard then brought it back to the possibility that people in the traffic jams were attending critical hospital appointments, and asked him to justify making those people miss them.

Liam admitted: "I'd be furious," leading to Richard asking: "Then why are you doing it?"

He repeated that the next few years would determine the future of humanity, and Richard said: "So you're prepared to risk that child's cancer treatment and potentially their life?"

He then read out the definition of the term fascism and suggested Insulate Britain's latest demonstrations met that definition.

Liam replied: "Okay, well I don't think it's fascist to have a demand of universal care and that's what Insulate Britain are talking about."

Richard began to interrupt, with Liam asking for him to let him finish before calling on the government to make changes.

As Richard asked how Liam would feel if someone died while stuck in the traffic block caused by the demonstration, he then accused Liam of failing to answer the question.

Liam then replied: "I would feel terrible, the government are not looking after their citizens," to which the host quipped back: "Neither are you.

"You are blocking out reality aren't you, you're only seeing one aspect of reality. You are ignoring the reality of the individual."

Liam said: "You are in denial of the reality of the crisis," as Richard told him: "That is fascism I'm afraid, and I think you need to face up to it."

"I think you're confused Richard about what that word means," said Liam, as Richard laughed and hit back: "I'm not confused at all."

Later, they gave Liam the final word but it led to another clash - this time with Susanna.

Susanna had read out the government response to the claims from Insulate Britain, before she added that the demonstration on the M25 would have added to vehicle emissions.

Liam suddenly ended with: "Susanna, you and I both know that that statement is ridiculous, you are fully aware that what you just said is ridiculous."

Susanna pulled a face and hit back at this, before Richard interjected: "So Susanna is ridiculous because you say so?"

The two men began talking over each other, with Liam repeating: "Richard, Richard," as he continued to try and speak.